Wigan have failed in their appeal to get a 12-point deduction for going into administration overturned, meaning they are relegated from the Championship, the English Football League confirmed on Tuesday.

The punishment for the 2013 FA Cup winners dropped them from 13th to second from bottom of the second tier and they will play next season in League One.

An EFL statement said: "An independent arbitration panel has ruled that Wigan Athletic's 12-point deduction for entering administration last month will stand after dismissing the club's appeal against the sporting sanction."

It added: "The decision of the arbitration panel is final and legally binding."

The appeal was held on Friday when it was revealed that "detailed talks" with bidders over the sale of the club were to continue this week.

In a statement on their website, Wigan said: "The club put forward a strong case and naturally we are disappointed at the decision.

"The first-team management will now prepare the team for next season's Sky Bet League One campaign."

We live in a world where facts and fiction get blurred
In times of uncertainty you need journalism you can trust. For only R75 per month, you have access to a world of in-depth analyses, investigative journalism, top opinions and a range of features. Journalism strengthens democracy. Invest in the future today.
Subscribe to News24
Related Links
Solskjaer tight-lipped on Man Utd Jadon Sancho talks
CAF Champions League semi-finals format changed a second time
Pedro bids early farewell to Chelsea after surgery
Next on Sport24
WATCH | 'You are not Zlatan' says Ibrahimovic in pro-mask video 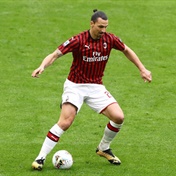