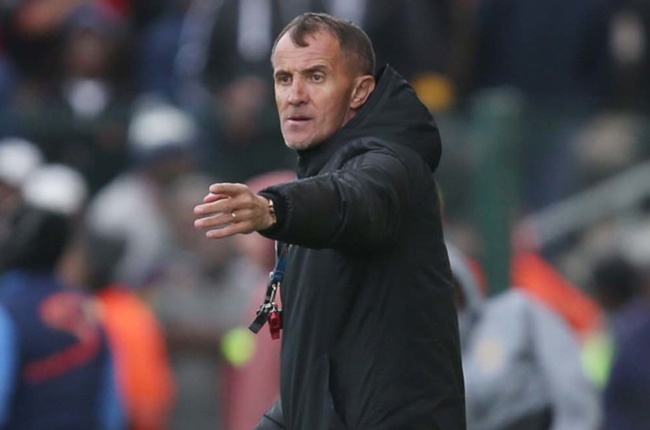 Zambian national football team coach Milutin Sredojevic on Friday appeared in a South African court charged with the sexual assault of a waitress.

National Prosecuting Authority (NPA) spokesperson Anelisa Ncakane told AFP that on Monday the Serbian coach was attending a match in Port Elizabeth when he allegedly sexually assaulted a woman who was serving him coffee.

"On Monday, a 39-year-old woman was serving coffee. When she asked Mr Sredojevic whether he took his coffee with sugar, he said no, but said he wanted a different type of sugar pointing at the woman's private parts," said Ncakane.

Later the same day, when the woman came again to serve him coffee, he touched the woman's buttocks, explained the official.

A complaint was laid with the police leading to Friday's court appearance.

The controversial Serbian, known as 'Micho' is in South Africa with his Zambian side to take part in the Cosafa tournament.

We live in a world where facts and fiction get blurred
In times of uncertainty you need journalism you can trust. For only R75 per month, you have access to a world of in-depth analyses, investigative journalism, top opinions and a range of features. Journalism strengthens democracy. Invest in the future today.
Subscribe to News24
Related Links
Mahlambi grateful for AmaZulu opportunity
Eddie Nketiah helps fire Arsenal to victory over Dundalk
Tottenham secure top spot with Europa League victory over Royal Antwerp
Next on Sport24
Infantino says biennial World Cup gives countries chance to 'dream'

Choose your newsletters
Voting Booth
After the opening weekend of URC action, what did you make of the South African struggles?
Please select an option Oops! Something went wrong, please try again later.
It exposed the quality of South African rugby...
39% - 2041 votes
There were positives to take
7% - 357 votes
We shouldn't read too much into one weekend
17% - 886 votes
It will take the SA sides time to adjust to the new competition
38% - 1974 votes
Previous Results
Showmax
The story of a legend: Sir Alex Ferguson