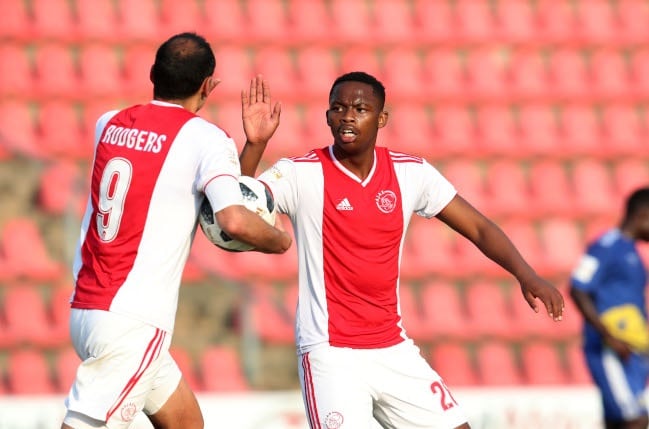 For both Ajax Cape Town and Black Leopards, three points is a must to keep their hopes alive of winning the promotion mini-league.

Both clubs are tied on six points - with Ajax Cape Town currently on top with a superior goal difference. Leopards though have played one game less.

In their first-round encounter at FNB Stadium, it was Black Leopards who emerged victorious beating Ajax Cape Town 1-0.

The Urban Warriors, however, recovered remarkably thereafter and went on to beat Tshakhuma 5-1 a few days later.

Leopards hold the best defensive record in the playoffs having conceded just one goal compared to their opponents' four goals conceded.

"The guys are in good spirits, Ajax Cape Town coach Calvin Marlin said. "You can't compare one game to the next but I hope we go out there and get off to a good start compared to the poor start to games we've been having.

"Hopefully we can get goals early and see out the game, that is the ideal situation but football isn't like that.

"The boys are positive and we just want to leave everything out there on the field. One more game, what happened in the last game is out of our hands. If we can do our job properly, win the game, then, whatever happens, happens."

His counterpart and Black Leopards head coach Morgan Shivambu said: "Our next game against Ajax Cape Town is where we need to wrap it up. It's not over, our main aim is to win the game, we want to control our own future and take care of the business on the field.

"We will have to perform well and get maximum points."

We live in a world where facts and fiction get blurred
In times of uncertainty you need journalism you can trust. For 14 free days, you can have access to a world of in-depth analyses, investigative journalism, top opinions and a range of features. Journalism strengthens democracy. Invest in the future today. Thereafter you will be billed R75 per month. You can cancel anytime and if you cancel within 14 days you won't be billed.
Subscribe to News24
Related Links
Tim Sukazi: 'SA football landscape next season will be redefined'
Liverpool face Chelsea test as Manchester clubs enter fray
ANALYSIS | Could a Gavin Hunt-led Kaizer Chiefs/Bidvest Wits hybrid team end Sundowns dominance?
Next on Sport24
A taste of Spain as Orlando Pirates confirm Jose Riveiro as head coach