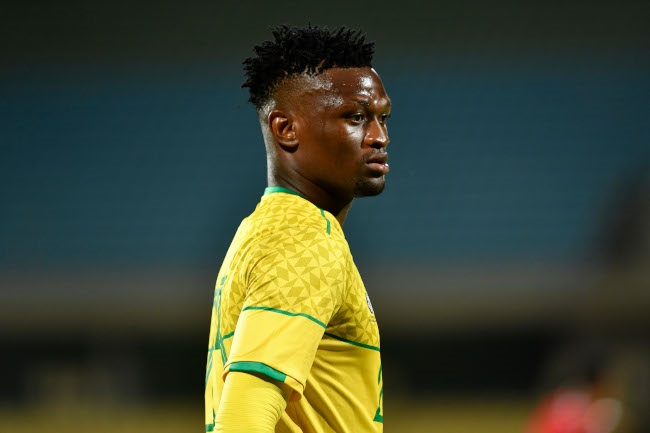 The South African soccer fraternity was rocked on Sunday with news of the death of Bafana Bafana and Mamelodi Sundowns defender Motjeka Madisha in a car accident.

Madisha's passing was confirmed by the South African Football Association (SAFA) on their website, with national coach Molefi Ntseki and SAFA president Danny Jordaan expressing their shock at the news.

Ntseki said Madisha's death was devastating and called him a humble professional who was always smiling.

“It is so devastating for such an up-and-coming player to lose his life this way. They don’t come more professional like the late Madisha. He was ever smiling, humble and was the first to arrive and leave the training ground,’’ said Ntseki.

Ntseki said he hoped Madisha's spirit would be a driving force for the national side in their attempts to qualify for AFCON 2021 and the FIFA World Cup in Qatar in 2022.

"He was a rising star with the right attitude and his positive attitude among other players was always invaluable. This is sad for football. To his family, club and football fraternity in general, we are gutted and devastated; my deepest condolences. We are hurt but hope his spirit will be a driving force to our attempts to reach the AFCON and FIFA World Cup tournaments," said Ntseki.

"I am still trying to ascertain facts of what really transpired but this is terrible news for football. Condolences to Sundowns, his family and entire football family,’’ said Jordaan who had attended  Mamelodi Sundowns’s 50th anniversary celebrations on Saturday evening.

A statement on SAFA's website said that Madisha had not attended the function.

We live in a world where facts and fiction get blurred
In times of uncertainty you need journalism you can trust. For only R75 per month, you have access to a world of in-depth analyses, investigative journalism, top opinions and a range of features. Journalism strengthens democracy. Invest in the future today.
Subscribe to News24
Related Links
SA football rocked by another tragedy as Sundowns star Motjeka Madisha dies in car crash
Lampard says Chelsea title talk 'ridiculous' after defeat at Everton
Solskjaer hails 'best performance' despite dull stalemate with Man City
Next on Sport24
PREVIEW | Orlando Pirates out to derail Sundowns' dominance in blockbuster Nedbank Cup 'final'