Bakgaga held by Rise and Shine

Polokwane - Baroka FC were forced to settle for a 1-1 draw with Polokwane City at the Peter Mokaba Stadium on Saturday afternoon.

Baroka were quickly out of the blocks and got down the left flank through Talent Chawapiwa, whose goalbound cross was well cleared by the Polokwane defence.

The hosts may well have taken the lead from an eighth minute free-kick but Gift Motupa's close-range header flew just over the target.

Bakgaga though were soon ahead, with 11 minutes on the clock as Ngalande followed up a saved Chawapiwa effort to slot home the rebound.

Jabu Maluleke's 20th minute set-piece was deflected away from danger as Polokwane struggled to assert themselves in this tie, but the awarding of a penalty three minutes later changed the complexion of the game.

The referee had no option but to point to the spot after spotting a hand ball in the area by Mathari Mothupa following a good burst forward from Marvin Sikhosana.

Ramagalela fired the ball down the middle of the goal, leaving Ayanda Dlamini with no chance.

Dlamini though kept his side in the game with an excellent save on 33 minutes, denying Sammy Seabi with a powerful left-handed stop.

Polokwane proceeded to the end the half the stronger of the two sides, while the start of the second half was a more subdued affair.

The first real chance fell to Baroka's Mpho Kgaswane, who fired into the side-netting after some sensational skill from Motupa to pick out his team-mate.

Kgaswane then volleyed wide after some more good approach play from the hosts as Abdi Banda got back well to stop Ramagalela from volleying in a second.

Letladi Madubanya was next to shoot just off target, following some pinball in the Polokwane box, while Madubanya couldn't get enough power to his back post header from a 74th minute free-kick as George Chigova saved comfortably.

Baroka upped the tempo in search of a winner, but Motupa was unable to find a way through a clutch of City defenders, as Tebogo Sodi had a goal disallowed for offside - and despite camping in their opponents' half for the final 10 minutes, Baroka were forced to accept a point. 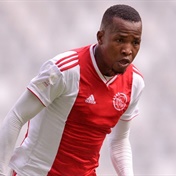