Baroka and SAFPU at loggerheads over Mdantsane settlement 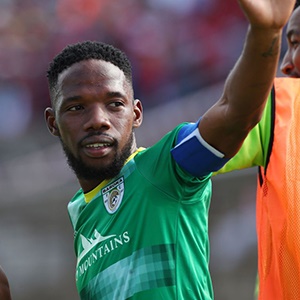 Cape Town - The South African Football Players Union (SAFPU) and Baroka FC are at loggerheads over a settlement that should have been paid to the team's former captain Mduduzi Mdantsane.

Mdantsane joined Cape Town City in January on a free transfer but the player, according to SAFPU, has not been paid the settlement that he was promised by Baroka when he left the club.

The players' union claim that Bakgaga promised to pay the player half of the salaries he would have received in the remaining months of his contract.

SAFPU general manager Calvin Motloung told KickOff: "I have a matter here on my table of this boy who went to Cape Town City, Mdantsane.

"Mdantsane's case is not finished, there's a settlement that Baroka are no longer willing to pay. So, the boy called me, he spoke to me."

Baroka, however, have hit back saying that they never promised any settlement to the player when he left the Limpopo club.

The club's chairman, Khurishi Mphahlele, said they offered to renew Mdantsane's contract, but the player wanted his clearance to join the Citizens.

"Mdantsane, I didn't say there was a settlement, I told him I was renewing, he left.

We live in a world where facts and fiction get blurred
In times of uncertainty you need journalism you can trust. For only R75 per month, you have access to a world of in-depth analyses, investigative journalism, top opinions and a range of features. Journalism strengthens democracy. Invest in the future today.
Subscribe to News24
Related Links
Leipzig 'tough to stop' in title race after thrashing Schalke
Kaizer Chiefs join Orlando Pirates on Nedbank Cup scrapheap
New captain Havertz helps Leverkusen close on Bundesliga top four
Next on Sport24
SuperSport confirm Teboho Mokoena joining Sundowns