Baroka not yet ready to cut ties with Nxumalo 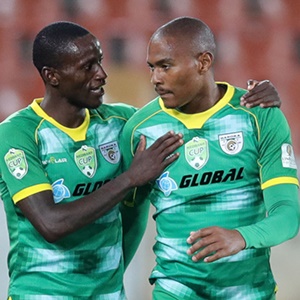 Baroka FC say Prince Nxumalo will be given a chance to prove himself when the Premier Soccer League season resumes.

He joined the club late last year and had little time to make an impact ahead of the enforced break as a result of the coronavirus.

Baroka chairperson Kurishi Mphahlele says the club have already begun assessing which players will be moved on next season, but are yet to make a decision on Nxumalo.

He told KickOff: "We are still assessing all the players whose contracts are coming to an end.

"Prince Nxumalo is one of them and we haven't made any final decision on some of the players. It's a 50/50 situation.

"Every player must be given a fair chance to prove himself and Nxumalo is one of those.

"Unfortunately he hasn't been getting chances. We just hope football will resume so he and others can be looked at."

We live in a world where facts and fiction get blurred
In times of uncertainty you need journalism you can trust. For only R75 per month, you have access to a world of in-depth analyses, investigative journalism, top opinions and a range of features. Journalism strengthens democracy. Invest in the future today.
Subscribe to News24
Related Links
SuperSport confirm early release of Furman
World Cup 2022 ambassador tests positive for coronavirus
SAFA: Football can resume at Level 1 lockdown
Next on Sport24
CONFIRMED | Kaizer Chiefs' CAF clash against PWD Bamenda moved to Saturday