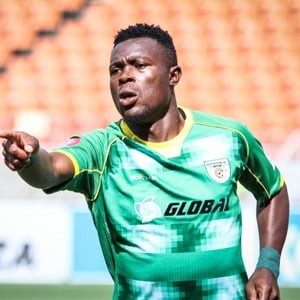 Baroka FC have revealed the names of four players that have been released from the Premier Soccer League club.

In a tweet on their official account, the club said that Kamogelo Mogaswa, Ranga Chivaviro, Mogau Khwinana and Tebogo Sodi have all been let go.

The simple post read: "We would like to inform you that we have released the following players."

Mogaswa, 26, is a former University of Pretoria right-back who played just five league games this season, while 27-year-old Chivaviro is formerly of TS Sporting, Ubuntu and Cape Town All Stars. He made eight appearances in total.

Khwinana, who also signed from Tuks, played just once, while Sodi spent the season on loan with GladAfrica Championship side, Swallows FC.

@Baroka_FC
We would like to inform you that we have released the following players.

We live in a world where facts and fiction get blurred
In times of uncertainty you need journalism you can trust. For only R75 per month, you have access to a world of in-depth analyses, investigative journalism, top opinions and a range of features. Journalism strengthens democracy. Invest in the future today.
Subscribe to News24
Related Links
Dolly: Playing in Europe is better for my career
Marques: Tau must be proud of winning Belgian league title
Coetzee thrilled to be back in training after recovering from injury
Next on Sport24
SuperSport confirm Teboho Mokoena joining Sundowns