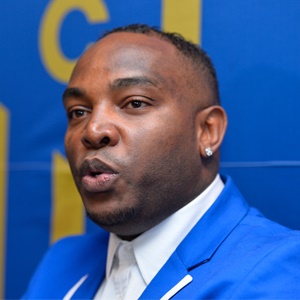 McCarthy, who enjoyed a stellar playing career in Europe and back at home for the Buccaneers, believes that the club's style of counter-attacking football, honed under previous coach Eric Tinkler, can be added to.

"I want us to be dominating games‚ having ball possession and tiring the opponent," the former Bafana Bafana international told reporters at his unveiling on Tuesday in the Mother City,

"The club last season sucked in opponents and caught them with counters‚ that is already a missile in our armoury.

"I want to go toe-to-toe with Chiefs‚ Sundowns and Pirates‚ teams that are really comfortable on the ball. But sometimes we will have to win ugly too."

McCarthy will begin work on June 23‚ seven days before his squad returns for pre-season training.

We live in a world where facts and fiction get blurred
In times of uncertainty you need journalism you can trust. For only R75 per month, you have access to a world of in-depth analyses, investigative journalism, top opinions and a range of features. Journalism strengthens democracy. Invest in the future today.
Subscribe to News24
Related Links
Mbekile looking for Champions League chance
Mass exodus of players at Chiefs
Pirates show Lebese interest?
Next on Sport24
PSL boss Irvin Khoza honours Pitso Mosimane with Chairman’s Award