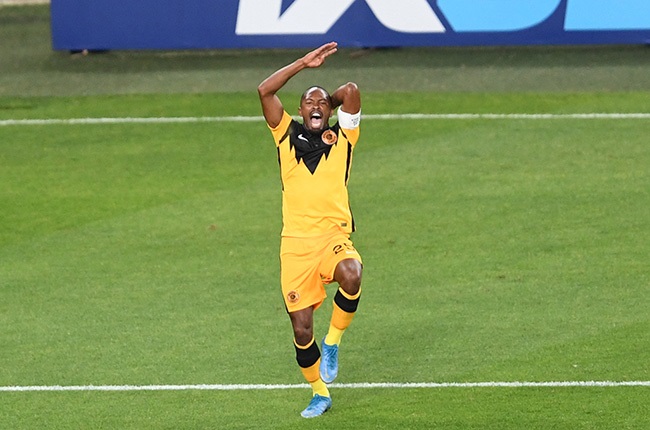 After eleven years of service, Kaizer Chiefs have decided against renewing the contract of veteran forward Bernard Parker.

The 36-year-old has amassed over 350 appearances in Amakhosi colours, netting 64 goals for the Soweto giants.

"Kaizer Chiefs will sadly not renew Bernard Parker's contract when it expires at the end of June 2022," the club confirmed on Twitter.

"Parker, a bona fide Kaizer Chiefs legend, will leave the club he has served with distinction for 11 years.

"His exceptional talent and leadership helped Amakhosi to win four major trophies, including two league titles. His professionalism, both on and off the field, is an object example to any aspiring young footballer.

"Thank you for your great service and dedication to the Club, 'Hond'. You remain a true legend."

Parker is also the holder of the 2013/14 Lesley Manyathela Golden Boot award and the 2014  African Nations Championship Golden Boot.

Kaizer Chiefs will sadly not renew Bernard Parker’s contract when it expires at the end of June 2022. Parker, a bona fide Kaizer Chiefs legend, will leave the Club he has served with distinction for 11 years...#ThankYouParker #Amakhosi4Life pic.twitter.com/GBtp1dc6e2