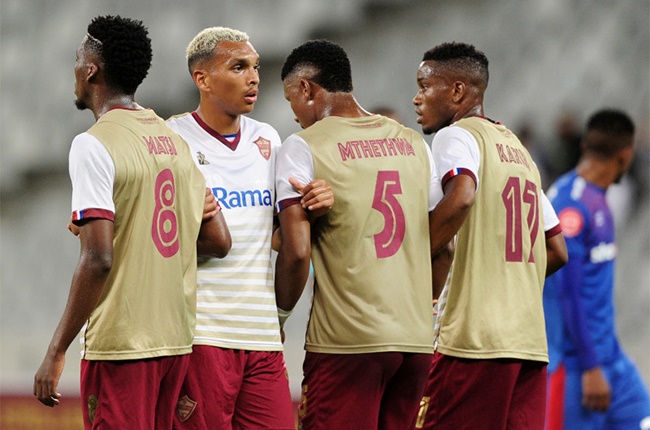 Three staff members from Absa Premiership side Stellenbosch FC have tested positive for the coronavirus after undergoing the Premier Soccer League's (PSL) first round of testing.

Both Cape Town based Absa Premiership sides underwent Covid-19 testing last week, ahead of a return to training and resumption of the 2019/2020 campaign.

All top-flight clubs from the Absa Premiership and GladAfrica Championship are required to undergo testing as part of the PSL's directive on a return to training which was approved by Minister of Sports, Arts and Culture, Nathi Mthethwa.

Sport24 can reveal from a source that three staff members tested positive. Another safety concern was another high-ranking member of staff who is known to Sport24 had previously tested positive and was undergoing a second test after a quarantine period.

The strict safety guidelines outlined in the document titled, NSL Directive on Return to Training, highlights that all clubs must adhere to testing before resuming training.

The document states: Teams and all participants will, prior to commencing training, provide proof of Covid-19 testing: one test at least 2-7 days prior to the resumption of training.

Other important safety protocols listed are that all clubs must practice social distancing and that all equipment is regularly sanitised.

A second round of testing is also required before teams enter into a yet to be announced "bio-safe zone" where the remaining PSL fixtures will take place.

PSL Head of Media, Lux September told Sport24 that they were unaware of any testing being done by clubs. The PSL also also made clear that a directive was sent out to all member clubs and testing was only allowed once given the go-ahead.

At the time of writing, despite numerous attempts, Sport24 were unable to reach Stellenbosch FC for comment.

We live in a world where facts and fiction get blurred
In times of uncertainty you need journalism you can trust. For only R75 per month, you have access to a world of in-depth analyses, investigative journalism, top opinions and a range of features. Journalism strengthens democracy. Invest in the future today.
Subscribe to News24
Related Links
Orlando Pirates legend: Thulani Hlatshwayo could challenge Happy Jele for Bucs captaincy
Daily shot of Express-o - MyTwoCents
Gavin Hunt considering overseas coaching gig: 'I could be moving outside of South Africa'
Next on Sport24
PSL-Kaizer Chiefs case lingers on as matter referred to SAFA arbitration