Johannesburg - Cape Town City and Ajax Cape Town were left to deal with the consequences after being forced to play their home games away a few days ago. The two clubs’ estimated costs of staging their games outside Cape Town are at about R500 000 – including logistics and accommodation.

Cape Town Stadium is hosting the second round of the HSBC Rugby Sevens World Series this weekend, so the two Premier Soccer League (PSL) sides’ fixtures could not be accommodated.

Despite their fixture against United being four days earlier, the Citizens were denied access to the stadium because of preparations for the Sevens Series.

Athlone Stadium in Cape Town is still not available because it is undergoing renovations and has been deemed unfit to host PSL matches.

Fortunately, this was a once-off situation as they will be back in their fortress for their next fixture.

City took their game against Maritzburg United to Princess Magogo Stadium in Durban on Tuesday and paid the price as they went down 4-2 to the KwaZulu-Natal side, who were playing in familiar surroundings and in front of their own supporters.

After playing at the same venue against residents Bidvest Wits on Wednesday, Ajax had to remain in Johannesburg to honour last night’s fixture – at a cost because it meant extending their stay in Gauteng.

City spokesperson Julian Bailey confessed it was not an ideal situation, but said there was nothing they could do.

Bailey said they were happy that the league had been able to accommodate them in their hour of need.

“As far as I know, there was nothing else they could do. But the league did help us by giving us the green light and approved our request to stage our games elsewhere,” said Bailey.

He said club chairperson John Comitis had estimated the cost of playing away instead of at home to be about R250 000.

Bailey said they were happy they would be returning home on Friday, when they’ll host AmaZulu.

He said considering the fact that they had played Golden Arrows at the same venue a week earlier, they had to go back to the same stadium at an additional cost.

Ajax’s AB Basson said staging a home game away from home was neither easy nor ideal for the club.

Basson said they were happy they would be able to play in front of their home supporters in the new year.

In fact, Ajax will play five consecutive matches at home early next year, including the Cape Town derby against rivals City. 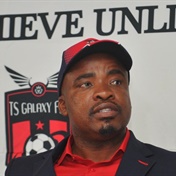