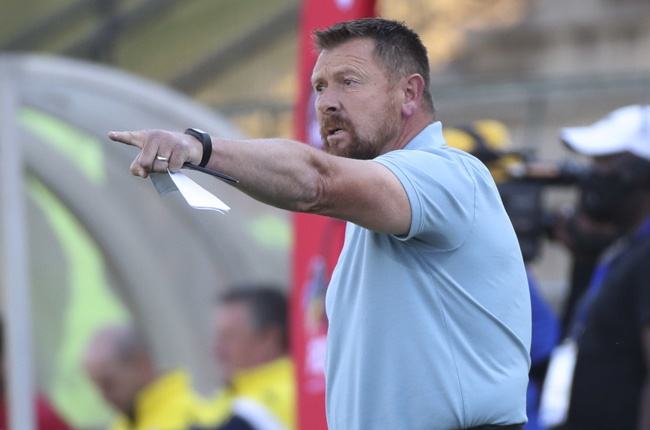 Cape Town City on Monday announced Eric Tinkler as the club's new head coach on a four-year deal, with the former Bafana Bafana international returning for a second spell in charge.

Tinkler replaces the outgoing Jan Olde Riekerink as head coach with two games remaining of the current 2020/2021 PSL campaign with the Citizens in 7th position in the standings.

"The history maker, officially returns to the Mother City!"

Cape Town City is delighted to confirm the appointment of Eric Tinkler as new first team head coach on a four year contract.

Tinkler lifted the Telkom Knockout trophy in his first spell in charge at the Citizens in 2016 where he spent a year from July 2016 to June 2017.

"This has always been one of my favourite stadiums," Tinkler said.

"I was part of the beginnings of the club, its first season and it ended up being a fantastic season.

"That will always stay in my memory for a very long time. Now obviously the task has to be greater, I'm Eric Tinkler and I'm City FC."