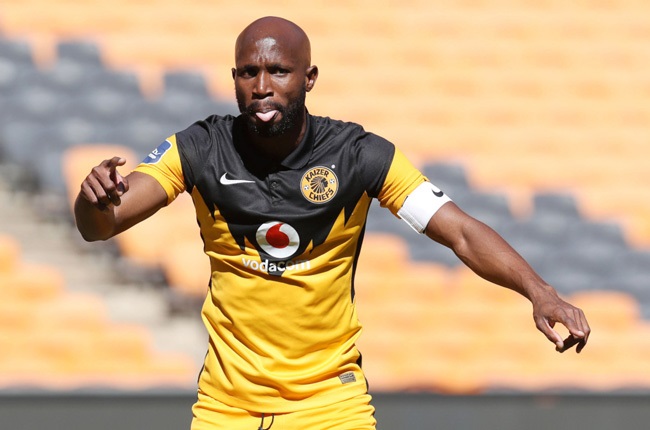 Chiefs threatened first in the third minute when Nyiko Mobbie delivered into the box and Charles Mashumba headed towards the top corner but it was comfortably saved by Bruce Bvuma.

It was a sloppy start with neither side able to keep any sustained spells of possession. In the 13th minute, Siyabonga Ngezana let a long ball bounce for Chiefs and it fell to Vusumzi Mncube, whose well struck effort from 25 yards out went straight to Bvuma.

Soon afterwards, Leonardo Castro delivered a fine cross from the left which Parker rose highest to meet but it was straight at Sekhukhune shot-stopper Toaster Nsabata.

With 10 minutes to go before the interval, Mobbie brought Khama Billiat down in a dangerous position and the Zimbabwean dusted himself off before curling inches wide of the target.

Amakhosi would take the lead five minutes before half-time. Billiat swung in a free-kick and Edwin Gyimah's header across his own goal was bundled home by Ramahlwe Mphahlele.

Sekhukhune were posing more of a threat in the second half and in the 51st minute Mncube stretched play and set it back for Roderick Kabwe, who put his effort wide.

Chiefs were earnestly going all out for a second goal. Sabelo Radebe drove through midfield and sent it out to Billiat with the cross coming back the way of the youngster, whose header was a tame one and straight at Babina Noko shot-stopper Toaster Nsabata.

There were two further clear-cut chances before the final whistle. First, Sekhukhune substitutes Nkanyiso Madonsela and Prince Nxumalo combined with the former's cross being planted wide by the latter.

Secondly, Billiat's free-kick went agonisinlgy but it mattered little as the Amakhosi came away with the three points regardless.

We live in a world where facts and fiction get blurred
In times of uncertainty you need journalism you can trust. For 14 free days, you can have access to a world of in-depth analyses, investigative journalism, top opinions and a range of features. Journalism strengthens democracy. Invest in the future today. Thereafter you will be billed R75 per month. You can cancel anytime and if you cancel within 14 days you won't be billed.
Subscribe to News24
Next on Sport24
Several Sundowns players 'suffering from flu' but will honour Royal AM fixture