Clark: Leopards don't have the luxury of fielding youngsters 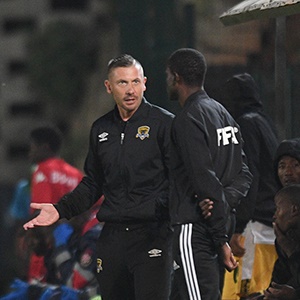 Black Leopards head coach Alan Clark says the club simply hasn't been in a position to give younger players an opportunity in the first team.

Lidoda Duvha are the only Absa Premiership outfit yet to field an under-23 player this season, but Clark insists it's not because he doesn't want to.

"I don't think it's a matter of the club not believing in youth," Clark told the Sowetan.

"It's a difficult one for me to answer because I am the fourth [Leopards] coach this season [after Lionel Soccoia, Luc Eymael and Johnson].

"The squad I have doesn't have enough under-23s. I think we only have one or two.

"We have had a couple of youngsters on the bench but we just have not been in a situation where we're able to get them on the pitch.

"It's really not the case of us not wanting to play the U-23s. It's because, [for] one, we don't have many in the squad [and] two, our situation on the log is dire."

Leopards MDC mentor Mongezi Bobe gave the club a glimmer of hope with regards to injecting some youth into the first team, stating that he'll be promoting six players ahead of next season.

"I took over at the start of the season, so I have just started. At the end of the season we'll promote six players. Next season our first team will have a lot of good players from the MDC," said Bobe.