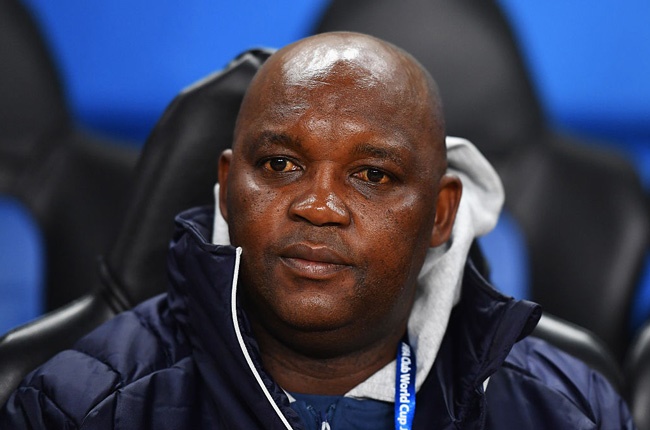 Reports on Wednesday morning had suggested that Mosimane was on his way out with a move to Egyptian club Al-AHly his likeliest destination.

"It is with a sense of pain and sadness that I announce my departure from Mamelodi Sundowns Football Club," Mosimane wrote.

"I have accepted an offer to join an international team.

"Mamelodi Sundowns has been my family for almost eight years. The President Dr Patrice Motsepe has been like a father to me. He has been a mentor, a friend, a supporter and a confidante. I could never quit him or Mamelodi Sundowns.

"I am only going away to carry the spirit of the Yellow Nation with me.

"After winning five league titles with Mamelodi Sundowns – the 10th for the club – how can a man ever find it easy to say goodbye to his home? How can I say goodbye to the family, the board, the supporters and the fans?

"From the deepest of my heart, I am so grateful that the President has blessed my move. I did not expect less from a man who has been so good and generous to me. He is the kind of leader any family, company, team and indeed any country needs.

"I have been privileged to drink from his well of wisdom. My success is his success. Without him, I would not have achieved half of what I have.

"I leave this family knowing that our bond is unbreakable and hoping that with the passage of time, our paths would come together again. This is not a divorce. We shall remain bonded forever I am taking up this new challenge that will push me out of my comfort zone.

"I know Mamelodi Sundowns will use this as a fresh and new perspective. While I had four years remaining in my contract, this offer is a huge opportunity for me that would not have come had I not had the privilege to be part of the team that led Mamelodi Sundowns in winning the CAF Champions League and reaching the Club World Cup finals.

"I am the first to admit that in this journey there were mistakes and hiccups, but there were more laughs, victories, success, and camaraderie. And this I take with me to my next destination – never to accentuate the challenges over the achievements. For all my shortcomings I apologise to the President and the Yellow Nation. I wish Mamelodi Sundowns all the success in defending the titles."

Sundowns, too, confirmed the news with Motsepe giving Mosimane his blessing.

"Sundowns has been aware of the ongoing discussions between Pitso Mosimane and the Egyptian club and with other North African clubs. I have on several occasions over the past few years expressed my support for Pitso Mosimane leaving Sundowns to coach in North Africa or Europe or Bafana Bafana. Football players and coaches have at times an uncertain and inconsistent future and must pursue new opportunities where they may grow and receive greater remuneration.

"I have received a warm and emotional note from Pitso and am very proud of his achievements at Mamelodi Sundowns. Pitso has been the most successful coach in the history of Sundowns and will always be a member of the Mamelodi Sundowns Family. I wish him, Moira and his family everything of the very best and I hope to see him coaching in Europe soon."

Sundowns confirmed that further announcements on the make-up of the coaching staff would be made in due course.

With five PSL titles and 11 trophies in his eight years at Sundowns, Mosimane has become the most decorated coach in South African football history.

We live in a world where facts and fiction get blurred
In times of uncertainty you need journalism you can trust. For 14 free days, you can have access to a world of in-depth analyses, investigative journalism, top opinions and a range of features. Journalism strengthens democracy. Invest in the future today. Thereafter you will be billed R75 per month. You can cancel anytime and if you cancel within 14 days you won't be billed.
Subscribe to News24
Related Links
Mamelodi Sundowns supporters fearing the worst as reports point to Pitso Mosimane exit
Ajax CT step closer to being renamed Cape Town Spurs
Hlatshwayo praises Zinnbauer's efforts to learn isiZulu
Next on Sport24
Bobby Motaung upbeat about Zwane, Shepperd appointments at Chiefs: They've seen our challenges