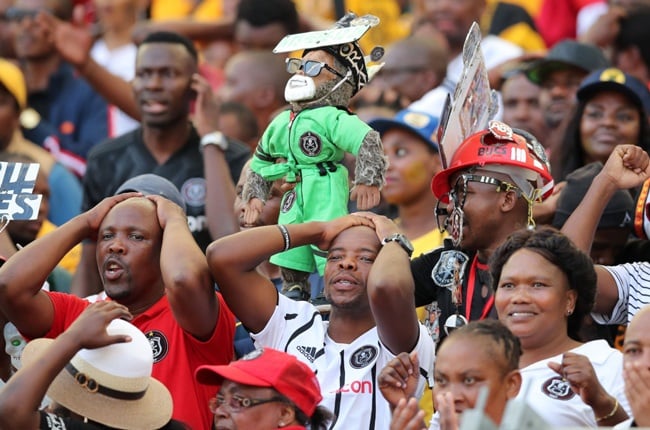 As Premier Soccer League (PSL) clubs prepare for the highly anticipated resumption of the 2019/20 league campaign, Manenzhe has pointed out that the likes of Pirates, Kaizer Chiefs, Mamelodi Sundowns, and Bloemfontein Celtic could struggle to play in empty stadiums, amid the Covid-19 pandemic.

The above-mentioned clubs more often than not enjoy big crowds at their home games, and Manenzhe reckons those boisterous fans will be sorely missed.

"It's during a very difficult time, the plan is to make sure everyone's health is safe," Manenzhe as quoted by the DailySun.

"Teams that command good support are going to suffer now because they do not have their 12th man. You know when playing for the big teams, supporters push you to another level.

"The playing fields will be level now that there won't be supporters. It is going to be a big challenge for those players that are playing for teams that attract crowds to the stadium.

"As much as football is a contact sport, most of the things are more mental than physical.

"I think players will have to be strong mentally despite knowing that there have been other teammates who tested positive."

Related Links
Mamelodi Sundowns veteran: If I could only win one title, I'd choose the PSL
Bayern fighting to keep David Alaba, Liverpool-linked Thiago Alcantara
Kaizer Chiefs striker Samir Nurkovic can't wait to get back onto the pitch
Share
Next on Sport24
Schloss: 'All 16 PSL venues are ready for the season to resume'