Gaston Sirino delighted to be back for Mamelodi Sundowns 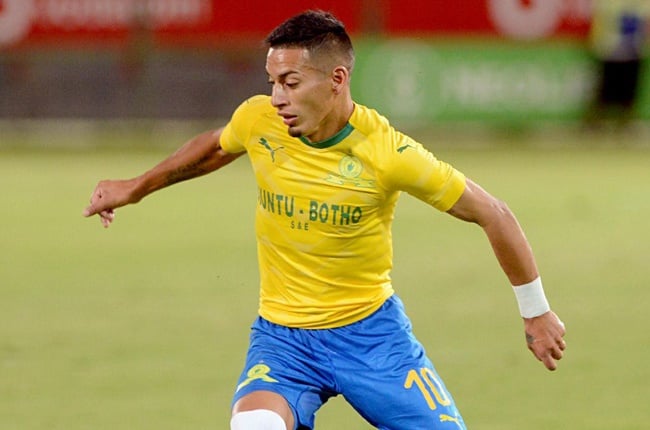 Mamelodi Sundowns striker Gaston Sirino is delighted to be back in training after being sidelined for a number of months through injury.

The 29-year-old Uruguayan was at the same time pushing for a move to leave Sundowns and link up with former head coach Pitso Mosimane at Al Ahly.

A deal failed to materialise as the two sides failed to agree on a fee with Sirino now accepting that his future lies in the Premiership.

The Brazilians have certainly felt his absence, having struggled for goals in recent weeks, and head into their top-of-the-table clash with Swallows FC this weekend on the back of two goalless draws.

Speaking to the club's official site on Thursday, Sirino said: "I feel happy to be back in the side after being away for a long time.

"It's a great feeling to come back and help the team with an assist or a goal whenever I can and I just want to go out and work hard for the side.”

Sirino added: "This season we just want to make sure we keep the standard from last season and bring more accolades to the club.

"We want to dominate the league and go further in the CAF Champions League, it is a cup where we come up against very good teams and we do have the players that can go out there and win the cup."

We live in a world where facts and fiction get blurred
In times of uncertainty you need journalism you can trust. For only R75 per month, you have access to a world of in-depth analyses, investigative journalism, top opinions and a range of features. Journalism strengthens democracy. Invest in the future today.
Subscribe to News24
Related Links
England's National League faces shutdown over government grant row
Veteran Mandzukic has 'big ambitions' with AC Milan
WATCH | What a hoof! Keeper sets world record for long-range goal
Next on Sport24
Amakhosi captain ahead of important CAF clash: 'We as players have to take responsibility'