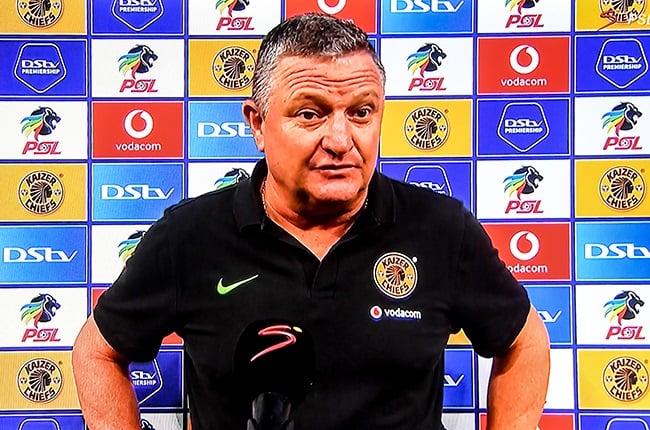 Amakhosi have risen steadily up the Premiership standings of late, having recorded three consecutive victories following a disappointing 2-0 defeat to Maritzburg on January 9.

In fact, Chiefs leapfrogged Stellies into seventh place with a 3-0 triumph over TTM in midweek while the Cape side saw their unbeaten run come to an end after a 3-2 home defeat to Baroka.

And Hunt says Stellenbosch "are a fantastic football club", adding that their coach, Steve Barker, has "done a tremendous job".

Speaking to the club's media team, Hunt said: "From top to bottom, they are a fantastic football club.

"They have come into the PSL and have managed to do well. Steve Barker has done a tremendous job there.

"They have moved to a new stadium, I played there a long time ago. The question is obviously the heat because we are kicking off at 17:00 in the afternoon.

"Even at that time of the day, it is like playing at 14:00 in the afternoon elsewhere."

Hunt added: "We are just looking forward to the next game because the time between games is so short and tight.

"It's another away game which requires a bit of travelling again."

We live in a world where facts and fiction get blurred
In times of uncertainty you need journalism you can trust. For only R75 per month, you have access to a world of in-depth analyses, investigative journalism, top opinions and a range of features. Journalism strengthens democracy. Invest in the future today.
Subscribe to News24
Related Links
'I'm a fighter' insists under pressure Lampard
Mbappe admits mind not made up on PSG future
Neymar on target on 100th PSG appearance
Next on Sport24
Mandla Ncikazi inks 3 year deal to join Orlando Pirates' technical team