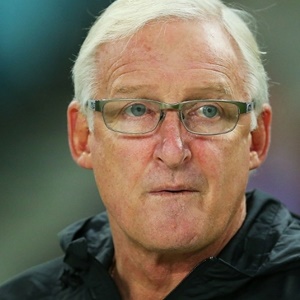 Gordon Igesund admits he is open to a return to coaching in the Absa Premiership.

The four-time league winner has been training the youth in Cape Town after opening his own academy.

He last coached at Highlands Parks in 2017, having guided Manning Rangers, Orlando Pirates, Santos and Sundowns to top-flight glory.

Speaking to the Daily Sun, the former Bafana boss said: "People think I have retired, but I haven’t.

"We are schooling them. It is a proper, proper academy and it is what I’m doing."

He added: "But at the same time, I have been keeping myself abreast of what is happening in the PSL, and also new coaching methods in the world.

"We'll see if something comes up. But my academy is up and running now. My academy has seen huge, huge investments. We do all the testing of players, high-performance centre.

"But we'll see what happens if something comes up in the PSL."

We live in a world where facts and fiction get blurred
In times of uncertainty you need journalism you can trust. For only R75 per month, you have access to a world of in-depth analyses, investigative journalism, top opinions and a range of features. Journalism strengthens democracy. Invest in the future today.
Subscribe to News24
Related Links
Nkhatha: 'Maboe must stay strong amid criticism'
Daily shot of Express-o - MyTwoCents
'No Kaizer Chiefs return for Tshabalala'
Next on Sport24
Honours even for AmaZulu, CT City