Mabasa remains motivated to fight for his place at Pirates 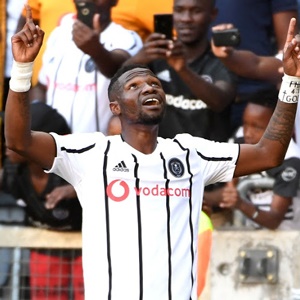 Orlando Pirates striker Tshegofatso Mabasa will not be leaving the club because he is determined to reclaim his place in the first team, according to his agent.

The 23-year-old joined the Buccaneers at the start of the season and was off to a blistering start as he scored six goals in the first half of the campaign.

However, he then lost his place to Gabadinho Mhango when Josef Zinnbauer took over as head coach and has since struggled for game time.

Despite the disappointment, Mabasa remains eager to impress at the Soweto giants.

"When he was doing very well I told him that he must remember that other strikers in the team will be motivated to get into the team," his agent, Jazzman Mahlakgane, told the Sowetan.

"I told him to be ready for his next chance. I know how motivated he was to get back into the starting team.

"After losing their place to Mhango another player would have maybe had their head down, but Tshego was motivated and looking forward to competing for his place.

"I am glad it didn't kill his spirit. They have both been scoring for the team this season, so it is good for the team that they have been both contributing goals when they play."

He added: "When you move from Celtic to a big club like Pirates usually you start on the bench and then work your way up.

"If you look at it from this perspective then you'll see that he has done well because he has managed to be on the team sheet which says he remains an important member of the squad."

We live in a world where facts and fiction get blurred
In times of uncertainty you need journalism you can trust. For only R75 per month, you have access to a world of in-depth analyses, investigative journalism, top opinions and a range of features. Journalism strengthens democracy. Invest in the future today.
Subscribe to News24
Related Links
Belgium coach Martinez extends contract until 2022
Efstathiou: We haven't had a chance to look at Rooi
Nascimento: I was skeptical but now SA is my second home
Next on Sport24
Goals hard to come by for Pirates in draw with Arrows