Mark Mayambela: No concrete offers from PSL clubs yet 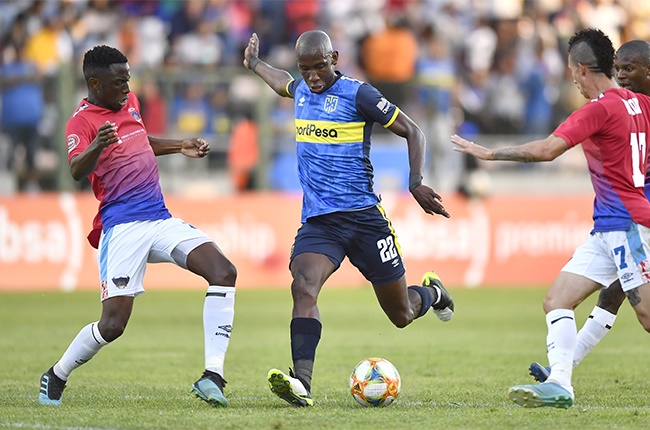 Veteran attacker Mark Mayambela says he is coping well despite being without a club for the remainder of the 2019/20 season.

The 32-year-old well-travelled midfielder was last with Cape Town City, in the Premier Soccer League, but saw his contract terminated in February.

Mayambela has been without a paycheck since leaving the Citizens, but says he is happy ahead of finding a new team for the upcoming campaign.

The former Orlando Pirates, Djurgarden, SuperSport and Ajax player told the Sowetan he is maintaining his fitness, while 'engaging with other teams' over a potential new deal.

He said: "Not really, it (my life) hasn't been difficult at all.

"And also, it is a decision that I took after leaving Cape Town City, I decided that I will stay without a club until the end of the season. Then I can start pre-season with the new team. So, I'm good and I'm healthy and everything is well."

Mayambela added: "No doubt we are in a bizarre situation whereby nothing is confirmed. I think it's important for everyone to be safe with the current situation.

"I have been engaging with other teams, but there is nothing concrete yet...

"I've also realised that a lot of teams have taken a strain financially, I have heard stories of players being paid half salaries. I know that financially, it has killed a lot of teams; I have been getting calls also from players telling me about their situations in their teams."

We live in a world where facts and fiction get blurred
In times of uncertainty you need journalism you can trust. For only R75 per month, you have access to a world of in-depth analyses, investigative journalism, top opinions and a range of features. Journalism strengthens democracy. Invest in the future today.
Subscribe to News24
Related Links
Lebogang Manyama: I don't think I've lost the spark
Pitso Mosimane: I can't tell you how the season will pan out
Tension mounts in Premier League relegation battle
Next on Sport24
Shalulile, Erasmus on target as Sundowns see off Chiefs in perfect start to PSL title defence