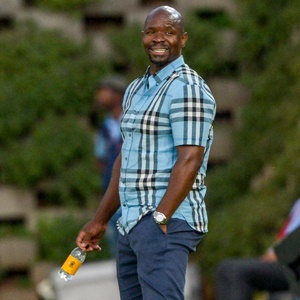 During his time in charge of Kaizer Chiefs, Komphela struggled to get Amakhosi firing on all cylinders upfront. His last season was particularly poor in that department, as Chiefs scored just 27 Premiership goals throughout the 2017/18 campaign.

Komphela was not able to see out the season, as he resigned from his job in April following fan violence at the Moses Mabhida Stadium.

However, speaking about life under his new coach at Bloemfontein Celtic, Mashikinya painted a very different picture to what Komphela's critics would have you believe.

“The coach is alright, he understands everything we do, he is a black person. So, everything is on track you see. He knows how players behave,” Mashikinya said, according to KickOff website.

“I don't see a difference that much because football is a universal language. It requires your actions, but each coach has his own philosophy of the way he plays.

“So, the only difference is the philosophy, the style of play. This one wants us to play his way and the other one wanted us to do things his way.

“Our coach doesn't use defensive tactics to tell you the truth. For instance, last season we relied too much on long balls, so this season is right because we can build from the back.

“He wants us to play football, so always when we play we have options.”

Celtic finished 11th in the 2017/18 Premiership under the guidance of Veselin Jelusic.

We live in a world where facts and fiction get blurred
In times of uncertainty you need journalism you can trust. For only R75 per month, you have access to a world of in-depth analyses, investigative journalism, top opinions and a range of features. Journalism strengthens democracy. Invest in the future today.
Subscribe to News24
Related Links
Matombo hoping for chance to repay Chiefs
Former Kaizer Chiefs striker jailed in the UK
Khune: We are all thirsty for trophies
Next on Sport24
Tembo: Daniels was a pillar of strength