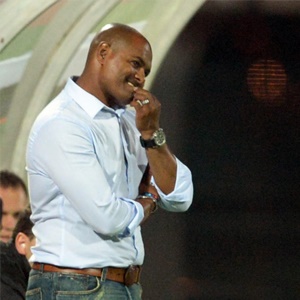 Cape Town - Former Bafana Bafana striker Shaun Bartlett admits "it's a good feeling to be back" at Kaizer Chiefs, after being appointed as assistant coach to Ernst Middendorp.

Having donned the famous colours of Amakhosi between 2006 and 2008, Bartlett went on to represent Bloemfontein Celtic in 2008 before making the decision to hang up his boots for good.

The 46-year-old then transitioned to coaching, accepting the role of assistant manager at Golden Arrows in 2012, where he remained until 2016.

More recently, though, Bartlett coached the University of Pretoria, and was also assistant to Bafana Bafana coach Stuart Baxter.

Speaking to the club's official website, Bartlett revealed: "It's a good feeling to be back.

"I was previously part of the club's structures as a player and this time I am a member of the technical team. That's a huge honour."

He continued: "Coming back from Europe to South Africa, I expected that the training methods would be different.

"However, that was not the case, Middendorp's sessions were very similar to those I had experienced in England and also in Switzerland, when I played for FC Zürich.

"Middendorp is a very structured and organised coach. It would be great if we could help bring back the glory days to Kaizer Chiefs."

And, Chiefs have confirmed that Bartlett will be in the dugout on Wednesday evening when Amakhosi face SuperSport United at Mbombela Stadium.

This will also be Middendorp's first match at the helm, in what is his second stint at the club, having previously coached the Soweto giants between 2005 and 2007.

We live in a world where facts and fiction get blurred
In times of uncertainty you need journalism you can trust. For only R75 per month, you have access to a world of in-depth analyses, investigative journalism, top opinions and a range of features. Journalism strengthens democracy. Invest in the future today.
Subscribe to News24
Related Links
Kermit Erasmus returns to the PSL, joins CT City
Polokwane and Highlands share the spoils after entertaining clash
Chiefs have a 'spark of energy' says Parker
Next on Sport24
Bafana Bafana coach Molefi Ntseki gives reason why Njabulo Ngcobo was not selected