The mercurial tactician expressed his anger after goals from Mondli Cele, Evans Rusike and Brian Onyango were cancelled out by strikes from Thabo Rakhale, Thabo Matlaba and Kermit Erasmus.

It was the second match in succession where Maritzburg surrendered a lead to draw following the 2-2 result against SuperSport United.

"You cannot be happy. It was a game where we needed to go all out from the beginning until the end of the game," Middendorp told KickOff.

"In the end we deserve probably more than last week Sunday. We probably deserved to win even more today too.

"I have a certain understanding about what 'imploded' means. This is nonsense of the highest level and I don't answer something like this.

"It is incredible despite imploding, and I don't know what the f*** you having in that direction. It is unbelievable that you can't see progress and I can't really answer this."

We live in a world where facts and fiction get blurred
In times of uncertainty you need journalism you can trust. For only R75 per month, you have access to a world of in-depth analyses, investigative journalism, top opinions and a range of features. Journalism strengthens democracy. Invest in the future today.
Subscribe to News24
Related Links
Hunt bemoans Wits' Achilles heel
Walters: People will take us seriously
Free State edge out Platinum Stars
Next on Sport24
Sundowns keep Cup, but left red-faced with record R500 000 fine 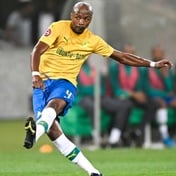