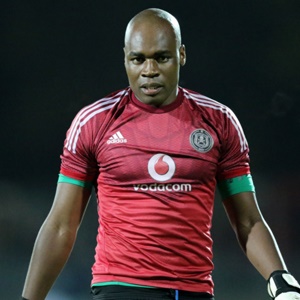 Mpontshane, like Onyango did when he first moved to Sundowns, initially found himself as fourth choice at Mayfair after joining the Buccaneers from Platinum Stars in 2015.

But, the 31-year-old appears to have become Kjell Jonevret's number one after starting the last four games for Pirates.

"His situation was similar to mine," Mpontshane told Soccer Laduma website of Onyango.

"When he arrived at Mamelodi Sundowns, he was third or fourth choice, but he persevered.

"He was on the bench for a long time but now you won't touch him the way he is playing. That means he was working hard. He doesn't shout a lot. He is cool. He plays like me and crosses don't go past him."

Pirates are next in action against title chasing Bidvest Wits on Thursday evening in a Premiership encounter.

We live in a world where facts and fiction get blurred
In times of uncertainty you need journalism you can trust. For only R75 per month, you have access to a world of in-depth analyses, investigative journalism, top opinions and a range of features. Journalism strengthens democracy. Invest in the future today.
Subscribe to News24
Related Links
Wits edge Sundowns to go top of the log
Rama says Chiefs will fix mistakes
Komphela refuses to concede PSL title race
Next on Sport24
Premiership new boys TTM, TS Galaxy draw in opener