No approach made for Tyson say Wits 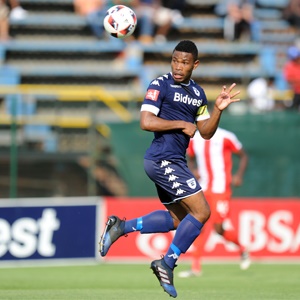 Cape Town - Bidvest Wits CEO Jose Ferreira says Thulani 'Tyson' Hlatshwayo is not for sale and that no club has put in an offer for the Bafana Bafana captain.

Hlatshwayo, the Clever Boys skipper who was voted the league's best defender last season, led his team to both the MTN8 and league titles in 2016/17.

There has been recent speculation however that the former Ajax Cape Town player was set to depart the Students for a rival club.

But Ferreira says there's absolutely no truth to such talk.

"Hlatshwayo is Bidvest Wits' player. He still has a contract with us. No club has ever come to me regarding him," Ferreira was quoted saying by the Star.

"I've had numerous discussions with Orlando Pirates chairman Irvin Khoza but he has never said anything about Hlatshwayo.

"I’ve also had talks with Bobby Motaung of Kaizer Chiefs but he has never shown any interest in Hlatshwayo.

"Mamelodi Sundowns haven't said anything to me about Hlatshwayo. Even if they did show interest, Hlatshwayo is not for sale," Ferreira concluded.

We live in a world where facts and fiction get blurred
In times of uncertainty you need journalism you can trust. For only R75 per month, you have access to a world of in-depth analyses, investigative journalism, top opinions and a range of features. Journalism strengthens democracy. Invest in the future today.
Subscribe to News24
Related Links
Sredojevic: Pressure fuels me
Mncwango firing for City after Bucs furore
Shocker! Oupa Manyisa joins Mamelodi Sundowns
Next on Sport24
Orlando Pirates return to Soweto but held by brave Stellenbosch