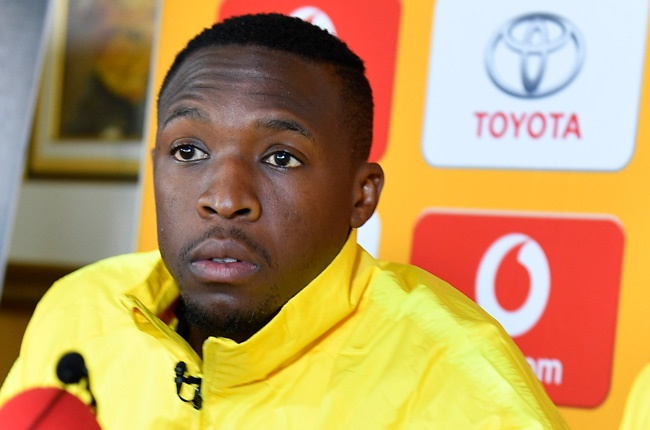 The agent of Mamelodi Sundowns star George Maluleka has revealed that the midfielder is "happy" at the club and that there is "no chance" of him leaving Chloorkop despite the rumours.

Sport24 reported that the former Kaizer Chiefs player was set for a shocking exit from the Brazilians after just joining the club less than three months ago.

Now, under a new regime with Manqoba Mngqithi and Rulani Mokwena as joint head coaches alongside senior coach Steve Komphela, the technical staff are looking to trim down the current squad.

It was reported that Maluleka was one of the players that Sundowns was looking to offload as he has yet to play any minutes for the club.

Maluleka did not feature in their first match of the 2020/21 season in an MTN8 quarter final defeat against Bloemfontein Celtic on Sunday,

“There is absolutely no chance George is leaving Sundowns.

“I’m not too sure how these rumours started. George has settled in nicely. The feedback we had from the coaches are very positive. George is a Sundowns player. He is very, very happy.

The Brazilians kick-start the defence of their Premiership title on Saturday against rivals Amakhosi and Maluleka will be looking to get the nod for a place in the starting XI.

We live in a world where facts and fiction get blurred
In times of uncertainty you need journalism you can trust. For only R75 per month, you have access to a world of in-depth analyses, investigative journalism, top opinions and a range of features. Journalism strengthens democracy. Invest in the future today.
Subscribe to News24
Related Links
Siphiwe Tshabalala among 10 new signings unveiled by AmaZulu
Maluleka faces uncertain future as Brazilians set to downsize squad
Siphiwe Tshabalala in talks over China move
Next on Sport24
Sipho Mbule looking to kick on and impress at SuperSport United