Noel Mashaba, Executive Chairman of the GladAfrica and Irvin Khoza, PSL Chairman reveal the trophy during the GladAfrica trophy reveal at Supersport Studios on 5 August 2020.
Shivambu/Sports

Noel Mashaba says he wants the GladAfrica Championship to develop its own identity and become a 'unique' league in its own right.

Mashaba explained that the league is a "gateway to the PSL" and as such is an important part of the local football structure", as represented by the prestigious trophy.

Mashaba said: "We wanted to show what GladAfrica is, what we see from the league, I don't discount the prestige of being promoted to the PSL, is quite valuable for the club and I understand that but what we want to see is the GladAfrica Championship being a unique league of its own.

Khoza is, meanwhile, delighted with the partnership between the PSL and GladAfrica.

He said: "We must thank GladAfrica for being part of our family. We know they are strong in engineering services and you can see that this new trophy is as a result of attention to detail. It is something to be proud of.

"This current season in the GladAfrica Championship has been very exciting and unpredictable and this has always been the strength of our league."

We live in a world where facts and fiction get blurred
In times of uncertainty you need journalism you can trust. For only R75 per month, you have access to a world of in-depth analyses, investigative journalism, top opinions and a range of features. Journalism strengthens democracy. Invest in the future today.
Subscribe to News24
Related Links
Inter Milan sign Alexis Sanchez from Man United on free transfer
Paul Scholes expects Man United duo to be sold
Tottenham show interest in signing Leeds target Said Benrahma
Next on Sport24
Gavin Hunt not sure whether Itumeleng Khune was impeded by Themba Zwane 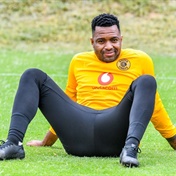