Orlando Pirates march on in Confed Cup after comfortable victory 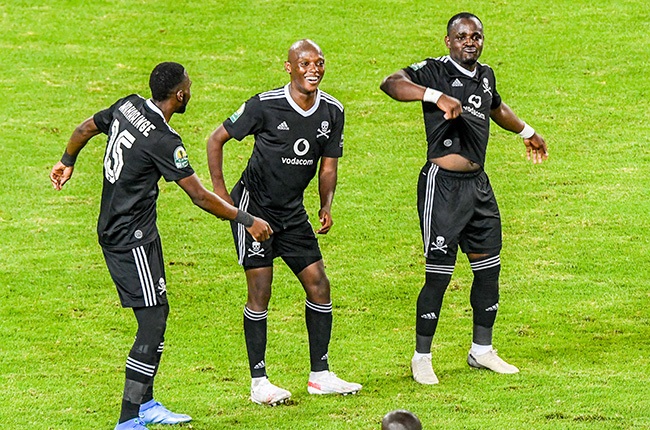 Orlando Pirates moved top of Group A with a comprehensive 3-0 win over Al Ahli Benghazi in their CAF Confederation Cup tie on Sunday.

Ntsikelelo Nyauza opened the scoring at the Orlando Stadium on 26 minutes.

Tshegofatso Mabaso added a second on 41 minutes, with Kabelo Dlamini sealing the win with 69 minutes on the clock.

Chances were few and far in the opening exchanges with Bucs edging the possession as they looked to settle into a passing rhythm.

Deon Hotto was in on goal on 23 minutes but pulled his effort wide, after some good approach play.

But Pirates were always in the ascendancy and were soon in the lead, through Nyauza, who took his chance well; the striker scoring from close range after a scramble in the box from a corner.

Mabaso was close to a second for Bucs, with 34 minutes on the clock, but he failed to connect to a good cross from the ever-lively Hotto.

He made no mistake at the end of the first half though, with a goal from another corner, as the goalscorer put pressure on defender Aboubakr Meeld to force the ball home.

The second was a tighter affair, with Hotto off target from a 59th minute free-kick, while Nyauza had to be alert at the other end to stop Ahli from beating Bucs stopper Wayne Sandilands from a threatening ball into the box.

Dlamini pulled a shot wide as the home side looked to put the game to bed, and it was the same player who finally got the goal his play deserved, when he smashed home from a Mabasa saved shot that fell straight to him.

We live in a world where facts and fiction get blurred
In times of uncertainty you need journalism you can trust. For only R75 per month, you have access to a world of in-depth analyses, investigative journalism, top opinions and a range of features. Journalism strengthens democracy. Invest in the future today.
Subscribe to News24
Next on Sport24
Best of the weekend's soccer action: Brendan Rodgers the blueprint SA coaches should follow