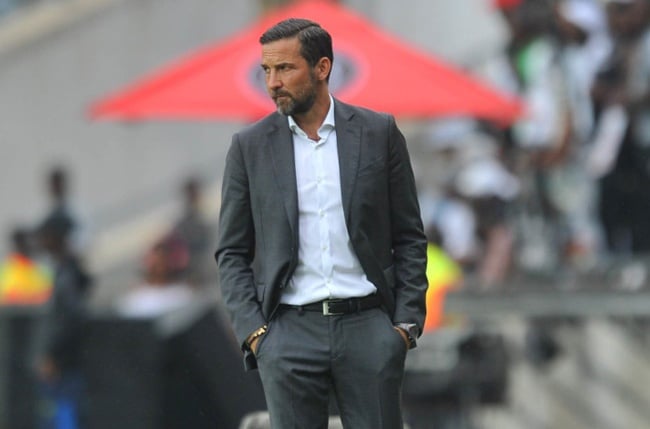 Orlando Pirates on Wednesday bolstered their playing squad when they announced the signing of midfielder Thabang Monare as a free agent on a two-year deal.

"The 31-year-old who spent four seasons at the Clever Boys, comes in to bolster the midfield where the Buccaneers will be contesting in a compressed 2020/21 season which includes the CAF Confederations Cup," a club statement said.

"I am happy to have signed with the Club," Monare said. "I hope, like I have done in my entire career, I can make a meaningful contribution during my time here. I think this is a team that suits my style of play and that can only benefit me and the team for the season ahead."

Acquiring the signature of one of South Africa's premium midfielders is a major capture for the Soweto giants and becomes the club's sixth signing ahead of the 2020/2021 Premiership season.

The Buccaneers have so far signed Wayde Jooste (29), Collins Makgaka (24), Terrence Dzvukamanja (26), Deon Hotto (29) and Thulani Hlatshwayo (30). With the latter three players all signed from the now-defunct Bidvest Wits.

Monare has made 124 appearances for the Clever Boys over four years and has lifted a league title and Nedbank Cup trophy.

We live in a world where facts and fiction get blurred
In times of uncertainty you need journalism you can trust. For only R75 per month, you have access to a world of in-depth analyses, investigative journalism, top opinions and a range of features. Journalism strengthens democracy. Invest in the future today.
Subscribe to News24
Related Links
Mapeza: I made a bold decision to leave TTM
Cristiano Ronaldo, Dustin Johnson test positive as coronavirus surge hits sport
What is English football's 'Project Big Picture' and who stands to benefit?
Next on Sport24
Maritzburg United lauch fightback but Cape Town City hold on to take the points