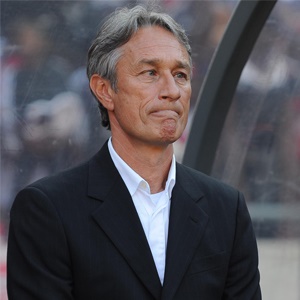 Pirates finished in seventh place on the log last season, claiming 41 points from their 30 matches.

The Soweto giants had a poor end to the campaign, failing to win any of their final five league games.

Arrows finished in ninth place on the log last season, claiming 40 points from their 30 matches.

The Durban side lost their final game of the campaign but otherwise had a strong end to 2015/16, claiming three wins from their last five fixtures.

The Buccaneers have 17 wins compared to five for Abafana Bes’thende, while eight matches have been drawn.

Pirates have won nine of their 15 home matches against Arrows, suffering just two defeats in the process.

Last season’s two league matches between the teams saw Abafana Bes’thende claim a surprise 2-0 win in Soweto, but Bucs claimed revenge with a 4-1 victory in Durban.

The teams’ 30 league matches have produced a total of 70 goals.

Related Links
Tinkler: Still a lot of work to be done
Pelembe: We are happy as a team
Malesela: Our aim is to keep building
Share
Next on Sport24
TTM wade through potential coaching candidates