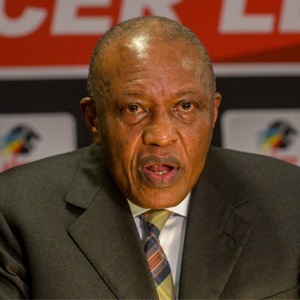 Cape Town - Premier Soccer League (PSL) chairperson Irvin Khoza has apologised to the nation for the violent scenes that played out during a Nedbank Cup match at the Moses Mabhida Stadium on Saturday night.

"We apologise to broadcasters including the SABC, SuperSport for the attack on the media and the damaging of their equipment. It was an unacceptable criminal act," said Khoza.

Several people were injured when Kaizer Chiefs fans stormed onto the field shortly after their team was kicked out of the Nedbank Cup. Disgruntled fans demanded the resignation of head coach Steve Komphela.

"He had head injuries but he was treated at the hospital and discharged. The only lady that was reported to us was one who was over the drinking limit and was paralytic.

"When she was taken to the hospital, they refused to assist her and she was sent to sleep at the police station and she was released on Sunday morning."

Among those who were treated in hospital following the chaos on Saturday were - Innocent Mkhize, 28, Khumbulani Qwabe, 40, Sihle Mabheka, 28, Veli Phawula Sibaya, 22. The four were discharged on Sunday.

Khoza said: "At this point, nobody is deceased."

He said the league was shocked and concerned by the acts of extreme violence and criminality that occurred after the final whistle was blown in the match between Kaizer Chiefs and Free State Stars.

"There is no place and no justification for violence in football or in our society."

Khoza said the damage caused by the violence would take more than a generation to correct.

"These acts were not coincidental; they are deliberate, premeditated and orchestrated by people whose aim is criminality."

The impact of bad policing

During the press conference Khoza apologised to South Africans, Nedbank, other sponsors and to all those that were injured.

He said the motive and irreparable harm inflicted should be considered.

"There is a tone of violence and intolerance in our country at the moment. The imagery going around on television and newspapers is not good for our nation both domestically and abroad."

Khoza said if the country did not stop the violence "it would destroy our nation".

He said those responsible should be held accountable.

One of the key issues facing the league, said Khoza, was security at matches.

"From the league's perspective, there will be a thorough and expeditious investigation into the incident that happened at Moses Mabhida, including the events that led up to it."

He said majority of the spectators, were fun-loving, law-abiding citizens and only a few were bringing the country into disrepute.

Khoza said various matters were raised with Police Minister Bheki Cele on how poor policing was having a negative impact on the sport.