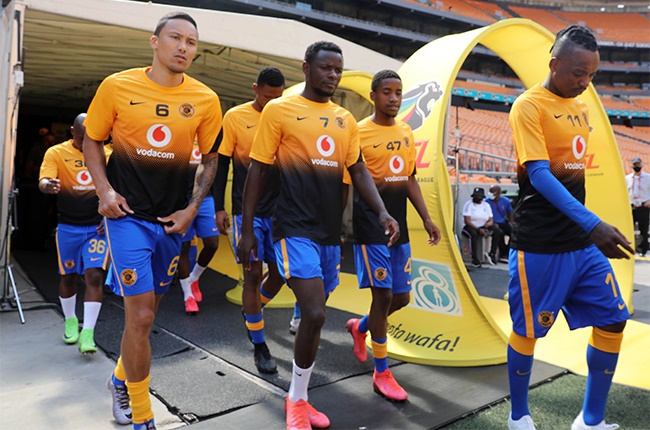 Kaizer Chiefs players walking in during the MTN8, Semi Final 2nd Leg between Kaizer Chiefs and Orlando Pirates on November 08, 2020 at the FNB Stadium in Bloemfontein, South Africa.
Gavin Barker

The South African Football Association (SAFA) CEO Tebogo Motlanthe explained the decision by Morocco to deny Kaizer Chiefs entry into the country for their CAF Champions League clash against Wydad Casablanca was purely down to the fears around Covid-19.

Amakhosi were due to fly out on Wednesday for Saturday's fixture but the game has officially been postponed while the search is on for another country willing to host the two teams for the Group C encounter.

South Africa is currently experiencing a second wave of the coronavirus alongside the spread of a new variant that emanated across the country.

The Royal Moroccan Football Federation sent a letter to the Confederation of African Football (CAF) Clubs Committee to explain that the clash involving Wydad and Amakhosi would not be allowed to take place.

In a brief comment to KickOff, Motlanthe said: "No no no, it has nothing to do with that [South Africa's relationship with Morocco]. It has to do with Covid.

"Remember, South Africa has issued a statement about this new virus which was found. It has to do with Covid, it has nothing to do with any diplomatic issue."

"The game of Chiefs is officially postponed. CAF will communicate a new date. Of course, as a federation we were talking to CAF on their behalf [Chiefs]."

We live in a world where facts and fiction get blurred
In times of uncertainty you need journalism you can trust. For only R75 per month, you have access to a world of in-depth analyses, investigative journalism, top opinions and a range of features. Journalism strengthens democracy. Invest in the future today.
Subscribe to News24
Related Links
Zukile Kewuti joins Usuthu on loan
Stan Matthews demands goals from Evans Rusike
New owner confirms TTM set for name change
Next on Sport24
SuperSport United no match for rampant Cape Town City