SAFA to object granting of work permit for Eymael 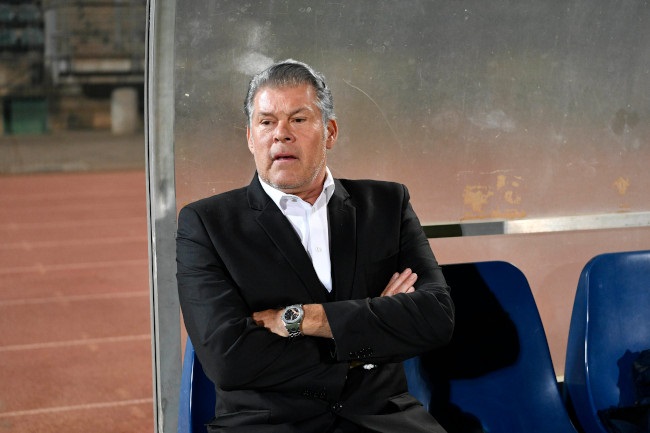 Following the apparent appointment of Luc Eymael as head coach at Chippa United on Wednesday, the South African Football Assocation (SAFA) has confirmed that they will object to him receiving a work permit.

In a statement posted on their website, SAFA confirmed that they would take up the matter with the minister of home affairs, Aaron Motsoaledi.

"The South African Football Association has learnt with dismay the news of the appointment of the unrepentant racist, Luc Eymael as Head Coach of Chippa United FC," the statement read.

"In July this year, SAFA joined the rest of the progressive world in condemning Eymael after he was fired by Young Africans FC of Tanzania for referring to the club supporters as monkeys and dogs who know nothing about football.

"We find it deeply offensive that as the global football community is united in solidarity around the Black Lives Matter campaign, Chippa United FC would see it fit to hire such a character to work in the city named after the founding father of the nation, Tata Nelson Mandela, the champion of a world free of racism and other forms of discrimination.

"SAFA will immediately be writing to the Minister of Home Affairs to express its objection to the granting of a work permit for him. We will also request the Ethics Committees of FIFA and SAFA to charge Mr Eymael as his despicable conduct is a violation of the codes of both bodies," the statement concluded.

While Eymael was announced as the Chippa coach on Wednesday in a statement released by the club, the Belgian confirmed to Kick Off that he had yet to sign any agreement.

"I am surprised. I haven't signed anything with the club. Yes, they approached me and we had discussions. But it's not true that I have signed," said Eymael who had previously coached Polokwane City, Black Leopards and Free State Stars in the South African top flight.

We live in a world where facts and fiction get blurred
In times of uncertainty you need journalism you can trust. For only R75 per month, you have access to a world of in-depth analyses, investigative journalism, top opinions and a range of features. Journalism strengthens democracy. Invest in the future today.
Subscribe to News24
Related Links
Chippa announce Eymael appointment
England international Trippier banned 10 weeks for betting breaches: FA
Ronaldo, Bonucci apologise for 'worst' Juventus of season
Next on Sport24
Sifiso Hlanti red carded as Kaizer Chiefs stagnant at 13th place after goalless draw