Sangweni and Sandilands reserved ahead of Soweto derby 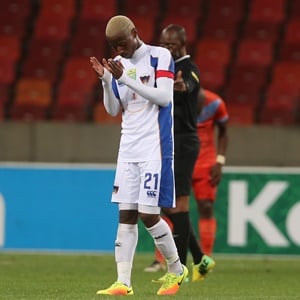 Sandilands arrived at Mayfair after his contract with Mamelodi Sundowns expired and is expected to don the first-team gloves this season - bringing a wealth of experience from the Brazilians.

While Sangweni, who is considered one of the best deep-lying play-makers in the South African top-flight, joined from Chippa United.

However, his older brother Siyabonga is a former Buccaneer, and Thami hinted that the advice given from his sibling will keep him grounded when Pirates take on Kaizer Chiefs in the Carling Black Label Cup on Saturday.

"If I get a chance on Saturday I will do what the fans expect me to do," he told the Sowetan. "We talk a lot with Siyabonga. He always tells me about what it is like to play for Pirates and what I must expect in derbies."

South Africa international Sandilands starred in the final of the triumphant CAF Champions League final last season with Pitso Mosimane's side - but with the best goalkeeper on the continent Dennis Onyango ahead of him in the pecking order - the reliable stopper opted for a new challenge with the Sea Robbers.

"To actually be a part of it - well, if I'm a part of it - will be great. I don't know the feeling that comes with playing in the derby, but I have been involved in the [CAF] Champions League final [while playing for Mamelodi Sundowns] and I think for me it's about treating it as a normal game.

"It's about trying to be in control of the controllables."

We live in a world where facts and fiction get blurred
In times of uncertainty you need journalism you can trust. For only R75 per month, you have access to a world of in-depth analyses, investigative journalism, top opinions and a range of features. Journalism strengthens democracy. Invest in the future today.
Subscribe to News24
Related Links
Pirates to ditch Jonevret for Micho - reports
Mathoho ready for 'special' clash against Pirates
Bucs agree deal for Nyatama
Next on Sport24
Pitso: My players were soldiers