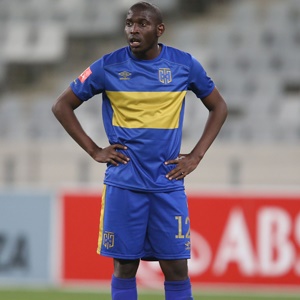 Modiba had been a target of both SuperSport and Mamelodi Sundowns, however it is Matsatsantsa that have landed their man.

The 21-year-old has joined Stuart Baxter's side on a reported four-year deal. The player's arrival comes soon after the arrival of former Kaizer Chiefs and Hacken centre-back, Tefu Mashamaite.

Modiba is a 2015 graduate of the Nedbank Cup Ke Yona Team Search and also spent time with the South Africa under-23 side at the Rio Olympics.

He made his name in the Premiership at Mpumalanga Black Aces under Muhsin Ertugral, and is widely regarded as a player to watch for the future.

The former Cape Town City star is also a part of Shakes Mashaba's Bafana squad for the upcoming matches against Mauritania and Egypt.

He told the club's official Twitter account: "We are delighted to close off this transfer window with the signing of Aubrey Modiba.

"He brings pace, energy & the x-factor to our team and we look forward to polishing this local gem into a global star."

.@SuperSportFC CEO Stan Matthews said, "We are delighted to close off this transfer window with the signing of Aubrey Modiba. #WelcomeAubrey

Matthews,"He brings pace,energy & the x-factor to our team & we look forward to polishing this local gem into a global star. #WelcomeAubrey