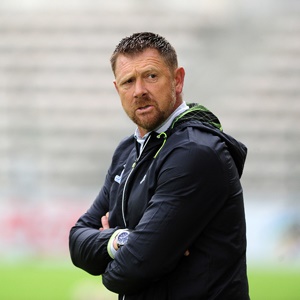 Cape Town - Maritzburg United head coach Eric Tinkler admitted he was satisfied that his side grabbed a draw against Chippa United despite being the better side on the day.

The Premiership match between the two sides ended goalless but the major talking point from the day was the poor quality of the pitch at Sisa Dukashe Stadium.

Objectively speaking, the Team of Choice should have won the encounter with Daylon Claasen, in particular, blowing a number of good chances to score.

However, with the conditions in mind, Tinkler conceded he was happy with the way his side played even if they were unable to claim all three points.

"I think we commanded the game, very well, probably from the first whistle," he told the club's official website.

"Only once or twice they played the long ball over the top, but I thought we dealt with that very well.

"Our transitions were not great, but I can't criticise anybody, because we played on a field that is the longest field in the league - 120 metres long.

"The grass is just way too long, very heavy, very thick, very uneven, so it would be wrong to criticise the players. Both teams in the second half - you could see cramps developing," the former Bafana Bafana midfielder added.

We live in a world where facts and fiction get blurred
In times of uncertainty you need journalism you can trust. For 14 free days, you can have access to a world of in-depth analyses, investigative journalism, top opinions and a range of features. Journalism strengthens democracy. Invest in the future today. Thereafter you will be billed R75 per month. You can cancel anytime and if you cancel within 14 days you won't be billed.
Subscribe to News24
Related Links
Chiefs' Nurkovic eyeing Golden Boot award
Lampard: Hudson-Odoi made a statement against Burnley
Nomvethe: 'I want to play until I'm 45'
Next on Sport24
PSL to rename first division after striking deal with CAF boss Patrice Mostepe's foundation