Tinkler: It will take a 'lot of money' to buy Ofori Cape Town - Maritzburg United coach Eric Tinkler has warned any potential suitors that it will take a "lot of money" to prize goalkeeper Richard Ofori away from the club.

The Ghanaian goalkeeper has been in inspiring form for the Team of Choice this season and has attracted interest from plenty of clubs.

Orlando Pirates and Mamelodi Sundowns have recently been mentioned as possible destinations for Ofori but Tinkler insists any club will have to fork out big bucks if he were to lose his club captain.

Tinkler said, according to quotes published on KickOff: "Richard is quality. There will always be interest.

"He has certain areas that I still believe he needs to improve on, but he still remains our number one keeper and he is the captain.

"He remains in the club. If someone wants him, it's going to be a lot of money that I can tell you because of the qualities he has." 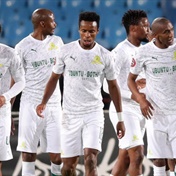