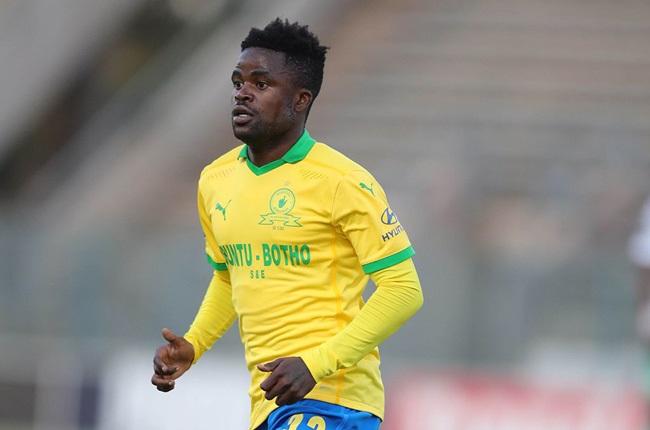 The 25-year-old striker joined the Brazilians from Black Leopards this season.

He struggled to settle initially but "has improved tremendously" said the co-coach, ahead of their CAF Champions League Group Stage clash with Al Hilal at Loftus Versfeld on Saturday.

Kapinga has played eight times for Sundowns this season but is still waiting for his first start.

Mngqithi said in the Citizen: "Kapinga has been working very hard at training, his attitude as a player is very good, he is very interested, and he loves the game.

"I always say that Themba Zwane is successful because he loves football. Kapinga is a township boy and you can see that he wants to play."

"The good thing is that he was never a bad player, he was playing with a lot of freedom at Leopards and he would cheat a little bit defensively by waiting for those good moments to take the team into attack.

"Unfortunately for a team like Sundowns everybody has to put a shoulder to make sure that the team works."

We live in a world where facts and fiction get blurred
In times of uncertainty you need journalism you can trust. For only R75 per month, you have access to a world of in-depth analyses, investigative journalism, top opinions and a range of features. Journalism strengthens democracy. Invest in the future today.
Subscribe to News24
Related Links
JUST IN | Visa complication forces CAF to postpone Wydad Casablanca v Kaizer Chiefs clash
Sundowns ready to 'fight for the second star', says Brian Onyango
OPINION | PSL should introduce concussion substitutes after nasty Orlando Pirates head clash
Next on Sport24
20 Years on: Kaizer Motaung on Ellis Park disaster: 'A day that cannot be removed from memory'