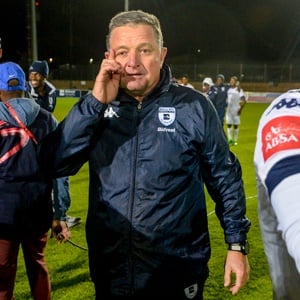 Cape Town - Bidvest Wits have announced the signing of Egyptian striker Amr Gamal on a season-long loan-deal from Al Ahly.

The Egyptian club, record eight-time African champions, have recently confirmed the transfer on their official website.

According to the Kingfut website, coach Gavin Hunt's Clever Boys will pay Al Ahly $200 000 for his services.

The Egypt international is a youth team product at Al Ahly and has netted 29 goals in around 100 matches for his club since being promoted to the first team in 2013.

Hunt's men next face Free State Stars at Goble Park on Wednesday and will be hoping that their new recruit can hit the ground running to add much-needed goals to the PSL champions.

SIGNING ALERT: Egyptian striker Amr Gamal has joined us on a 1 year loan from Al Ahly. Welcome to the family. pic.twitter.com/BccbVCpX0I

We live in a world where facts and fiction get blurred
In times of uncertainty you need journalism you can trust. For only R75 per month, you have access to a world of in-depth analyses, investigative journalism, top opinions and a range of features. Journalism strengthens democracy. Invest in the future today.
Subscribe to News24
Related Links
Citizens leave frustrated Students empty-handed
'Wits won't be affected by Hunt's absence'
Bookies make Brazilians PSL title favourites
Next on Sport24
CONFIRMED | Kaizer Chiefs' CAF clash against PWD Bamenda moved to Saturday