Zinnbauer: Linda is one of the best 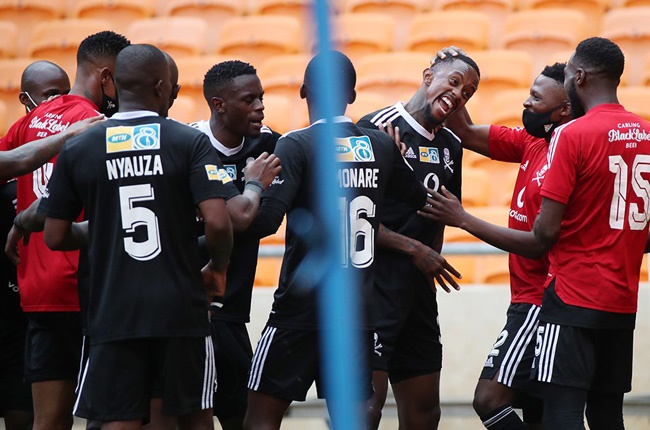 Orlando Pirates coach Josef Zinnbauer has lauded Linda Mntambo for the contribution he makes to the team both on and off the field.

The 31-year-old has largely been a bit-part player since his arrival from Chippa United in 2018 but has still made a telling contribution to the club.

Mntambo netted just his third goal for the Buccaneers in the recent MTN8 semi-final drubbing over rivals Kaizer Chiefs.

And reflecting on his time at the club, Zinnbauer explained why Mntambo remains an important member of the squad.

He told the KickOff: "He's a guy who gives his all for the club, he gives all for the squad, he does all the work he can and now he gets a little bit of success for the work he's done in the last weeks.

"He makes so many good things before the game for us, it's unbelievable, but you know it's not always possible that he comes in [on the pitch], that he can play from the starting line-up. I know it's a difficult time for him, but all players have to accept this.

"Linda is not the only one, we have a lot of players with such a spirit and maybe Linda is one of the best, but all players have to accept when they are not in the squad or on the bench."

We live in a world where facts and fiction get blurred
In times of uncertainty you need journalism you can trust. For only R75 per month, you have access to a world of in-depth analyses, investigative journalism, top opinions and a range of features. Journalism strengthens democracy. Invest in the future today.
Subscribe to News24
Related Links
Gavin Hunt feels empty stadiums with no fans are a 'disadvantage'
Billiat: If it is too easy, you're not working hard enough
Victor Letsoalo eyes Golden Boot with 30 goal target
Next on Sport24
TS Galaxy frustrate Orlando Pirates in feisty stalemate