Mnyamane: We were confident of beating Kaizer Chiefs 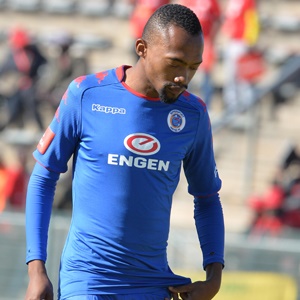 The teams went into Saturday's match level at 2-2 following the first leg at the Lucas Masterpieces Moripe Stadium. A Bradley Grobler strike at the FNB Stadium then proved decisive as Matsatsantsa claimed victory.

Speaking on SuperSport's HomeGround, Mnyamane said: "Obviously we're the current defending champions, so basically the title is in our back yard, so no-one must just come take it.

"Going into that game, we believed and we had a plan that, you know, the first leg was 2-2, so we had to make sure we won in the second leg - so we did just that and right now, we're looking forward to the final."

Matsatsantsa have gone from strength to strength under new coach Kaitano Tembo, who took over following the exit of Eric Tinkler in March and was appointed on a permanent basis ahead of the new season.

However, according to defender Grant Kekana, Matsatsantsa did not have a bad 2017/18 season despite finishing in mid-table in the Premiership.

"I think us as SuperSport United, we actually did have a good season if you look at it. I mean, we reached the MTN8 final and we won it. We reached the CAF Confederation Cup final - okay, we didn't win it, but not many teams actually do go to finals."

The Tshwane-based side will defend their MTN8 title against Cape Town City in a repeat of last season's final, scheduled for 29 September.

Related Links
Baxter: 'My son is the most qualified GK coach by a mile'
Baxter: I'm not fuelled by past failure in Africa
Ozil affair won't affect Euro 2024 bid - German FA
Share
Next on Sport24
Bafana Bafana star Percy Tau scores on debut in Anderlecht win