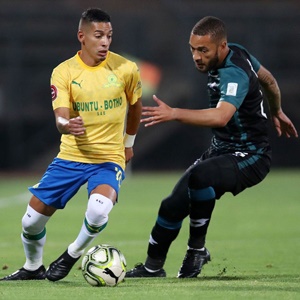 Sirino has missed the Brazilians' last two games, having picked up an injury in the Telkom Knockout quarter-final victory over Chippa United on November 3 - a game in which the Uruguayan scored two goals before limping off.

Sirino's absence, along with that of Themba Zwane's, was keenly felt in the 3-2 Absa Premiership defeat to Golden Arrows in Downs' last fixture played in torrential downpour in Durban.

And Mngqithi has confirmed that Sirino is set to play a part against Arrows as Pitso Mosimane's have an immediate opportunity to seek revenge against Abafana Bes'thende, but that Zwane will probably not feature.

"It's a blow for us. We lost some key players. The bad part is we lost some offensive players," Mngqithi told KickOff.

"Gaston Sirino has been out for a long time but we are hoping he will be back for this one. Mshishi [Zwane] has been out and looks like he will miss this one.

"Everybody knows what Mshishi can do for us but we can't complain and say we are short of players."

We live in a world where facts and fiction get blurred
In times of uncertainty you need journalism you can trust. For only R75 per month, you have access to a world of in-depth analyses, investigative journalism, top opinions and a range of features. Journalism strengthens democracy. Invest in the future today.
Subscribe to News24
Related Links
Maradona returns as coach of Argentina's Gimnasia two days after leaving
Ronaldo ready to make amends as injury-hit Juve take on Atalanta in Serie A
Mourinho seeks quick fix to win over Spurs doubters
Next on Sport24
Pitso Mosimane's Al Ahly secure dominant win to send ominous warning to Kaizer Chiefs