Federer would be ranked 614th on ATP's traditional ranking system 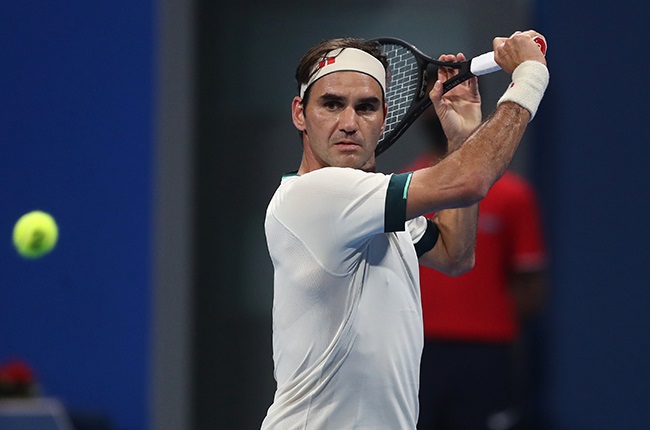 The current ATP world tennis rankings, devised under a much-criticised, revised procedure that has been implemented because of the coronavirus pandemic, has the great, iconic Roger Federer in a comfortable sixth position.

This is a far cry indeed from the 614th place in which he would find himself if the long-standing, traditional and systematically devised official procedure remained intact.

Germany's Alexander Zverev, presently ranked seventh and a place behind Federer, says "I love the guy, but the procedure now being used is ridiculous and does not make sense."

Andrey Rublev, who has six ATP titles to his credit in 2020 and 2021, is also ranked below Federer in eighth place when he should have been fourth, while fifth-ranked Stefanos Tsitsipas and many other players, have expressed similar sentiments.

Others have called the ranking situation a disaster and the legendary Martina Navratilova reckons it is not even a system at all.

At the root of the controversy is the fact that ranking points gleaned over the past two years - and in certain instances longer - instead of the standard 12 months, are credited in calculating ranking positions.

Federer is credited with 6 375 ranking points despite earning only 45 points over the past, close to 14 months after two knee surgeries and other reasons have limited to a single outing his tournament appearances.

And right now 45 points are presently worth no more than a 614th ranking position.

Not only Federer, of course, but numerous others have been affected in one way or another by what has been called artificial rankings, but none remotely to the degree that the 20-time Grand Slam winner and hero-worshipped all-time giant of the game has experienced.

It has even been suggested by some that the ATP was motivated in protecting Federer's ranking in devising its emergency, but flawed ranking system, although that might be taking the indictment of the ATP administration a degree too far.

At any rate, as matters stand and, of course, depending on what course the pandemic takes, the ATP's intention is to return in August to the good, old-fashioned method in assessing ongoing rankings that take 12 months performances into account and are liable for change basically each week.

And most players believe the change could not come too soon - as it is already taking place in the women's WTA rankings, where Australia's Ashleigh Barty is poised to surrender her irrational number one ranking after an extended tournament absence and holding onto points achieved in 2019.

We live in a world where facts and fiction get blurred
In times of uncertainty you need journalism you can trust. For 14 free days, you can have access to a world of in-depth analyses, investigative journalism, top opinions and a range of features. Journalism strengthens democracy. Invest in the future today. Thereafter you will be billed R75 per month. You can cancel anytime and if you cancel within 14 days you won't be billed.
Subscribe to News24
Next on Sport
Japan's Nishioka beats Shapovalov to win Korea Open