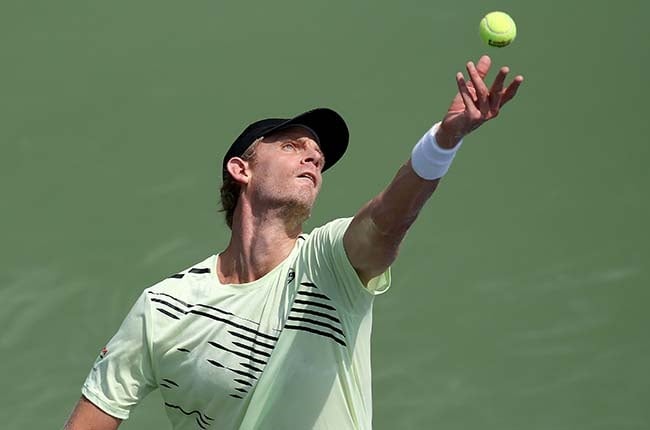 It was a disquieting second round exit from the Paris Masters through a retirement this week for the gangling Kevin Anderson, but there was some compensation from the 6-6 (2-5 tie-breaker) defeat against Russia's third-seeded Daniil Medvedev.

The points gained in Paris was enough for the South African to return to the No 1 position in his country's singles tennis rankings after more than 18 months, replacing the up-and-coming Lloyd Harris.

Anderson became a well-nigh fixture as the South African No 1 for a decade after aspiring to the lofty position in 2008, going from strength to strength while reaching two Grand Slam finals at the US Open and Wimbledon, briefly climbing to fifth position in the world in 2018 and ending that particular year in sixth place in the world rankings.

But plagued by an assortment of injuries, the 34-year-old Anderson's tennis career took on nightmarish proportions at times in the past two years, with his ranking sliding deep into the hundreds before a striking return to form in last week's Austrian Open when he reached the semi-finals by beating Medvedev and then going down to the on-fire eventual champion, Andrey Rublev.

That performance elevated Anderson's world ranking to 86th and despite the disappointing nature of his defeat in the almost instant rematch against Medvedev, the 45 ranking points he received for reaching the second round in Paris eased him past the 83rd-ranked Harris and a ranking place in the 70s.

Yet despite this elevation, there is no concealing a degree of concern that the injury-plagued Anderson was unable to complete either of his defeated games against Russian top tenners Rublev and Medvedev - even though he did not look in great discomfort before calling off these respective games.

If there is a lingering injury, it does come at a stage when Anderson's tournament appearances for the year are seemingly at an end - and, at least, with an improved world ranking and a return to his long-standing place as South Africa's No 1.

We live in a world where facts and fiction get blurred
In times of uncertainty you need journalism you can trust. For 14 free days, you can have access to a world of in-depth analyses, investigative journalism, top opinions and a range of features. Journalism strengthens democracy. Invest in the future today. Thereafter you will be billed R75 per month. You can cancel anytime and if you cancel within 14 days you won't be billed.
Subscribe to News24
Related Links
Nadal into Paris Masters quarters, Schwartzman one win from Tour Finals
'Great achievement': Nadal claims 1 000th win of career
Zverev again says domestic assault allegations 'not true'
Next on Sport
Murray backs Federer as future Laver Cup captain