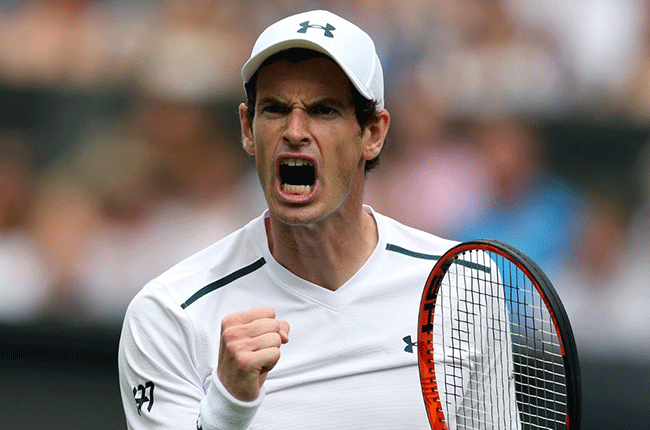 Andy Murray insists he is on the right track following his return from injury despite losing to Dan Evans in the semi-finals of the 'Battle of the Brits' tournament on Saturday.

Murray was beaten 1-6, 6-3, 10/8 behind closed doors in the exhibition event in Roehampton.

It was the former world number one's fourth match in five days in his first event since last November after beng sidelined because of bone bruising on his pelvis.

Murray, a two-time Wimbledon champion, also needed hip surgery last year, but the 33-year-old is confident he is heading back to his best.

"I thought I started the match well and then like in all of my matches this week, my levels dropped off a bit," Murray said.

"My game is there, I just need more time to practise and prepare and I'll get there.

"It was a big step up this week from what I've been doing, and I coped with it physically relatively well.

"Some of the tennis this week has been very encouraging, I just wasn't able to do it for long enough in the matches."

Murray is unlikely to play again until the ATP Tour resumes in Washington on August 14.

However, the Scot plans to skip the following week's Cincinnati Masters, which has been moved to New York this year because of the coronavirus pandemic, as he does not want to risk an injury surfacing on the eve of the US Open.

"It's just so close to a slam and I would hate to pick up a niggle or something that prevented me from playing in New York," Murray said.

"I would rather play Washington and miss the event the week before the US Open, if they all go ahead."