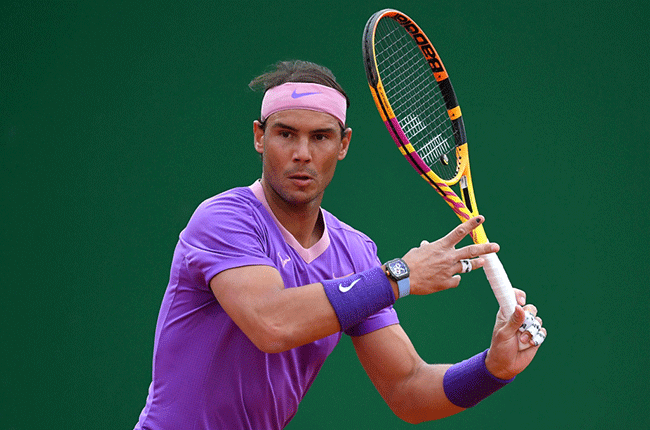 Rafael Nadal opened his attempt to win a 10th Italian Open title on Wednesday with a straight sets victory over teenager Jannik Sinner to advance to the third round.

His 18th-ranked Italian opponent had dug deep to try and pull off an upset, saving six set points in the first set in which he had been twice a break up.

Sinner was again a break up in the second before Nadal powered back for 4-4 seeing off the 19-year-old on his fourth match point.

"After Madrid it was important to start with a positive feeling," said Nadal, who was beaten in the last eight at both previous Masters events, in Monte Carlo and Madrid.

"Today was a tough match. I think I did a lot of things well. I made mistakes too but combined these with positive things too."

Nadal, 34, next plays Canadian Denis Shapovalov, the 13th seed, for a place in the quarter-final.

Top seed Novak Djokovic and second seed Nadal have accounted for 14 of the past 16 titles at Foro Italico.

"It's a lesson that's tough to accept," said Sinner, who also lost to Nadal in the quarter-final Roland Garros last year.

The teenager had been hoping to benefit from the presence of the home crowd in later rounds with a 25 percent capacity allowed from Thursday.

"It's tough to accept I'm already out.

"If I'd won today there would have been a bit of a crowd tomorrow and I love to play on front of the crowd. I'm disappointed and sad."

Medvedev also exited early in Madrid last week after pulling out of Monte Carlo after testing positive for Covid-19.

Karatsev, who won his first ATP title in Dubai in March, next plays American Reilly Opelka, ranked 47th, in the third round.

Austrian fourth seed Dominic Thiem rallied from a set down to battle past Hungary's Marton Fucsovics into the third round.

"It was tough the whole match. I was struggling with the timing a little bit," said Thiem.

"I was fighting a lot with myself but kept fighting from the first to the last point. That paid off today, and I'm super happy about it."

Sixth seed Alexander Zverev of Germany, the 2017 Rome winner, eased past Bolivian Hugo Dellien 6-2, 6-2 to set up a third round meeting with Japan's Kei Nishikori.

We live in a world where facts and fiction get blurred
In times of uncertainty you need journalism you can trust. For only R75 per month, you have access to a world of in-depth analyses, investigative journalism, top opinions and a range of features. Journalism strengthens democracy. Invest in the future today.
Subscribe to News24
Next on Sport24
Berrettini brushes aside Evans to reach Queen's semi-finals