Romania team captain Nastase was ejected from his team's match in Constanta after a series of foul-mouthed rants.

The 70-year-old was overheard making an apparently racist comment about Serena Williams' unborn baby when he said: "Let's see what colour it has. Chocolate with milk?''

Nastase also asked British captain Anne Keothavong for her hotel room number, verbally abused umpire Jaume Campistol and referee Andreas Egli before swearing at Keothavong and the British player Johanna Konta as he was sent from the court.

The two-time Grand Slam champion was escorted from the venue by security staff and banned for the rest of the tie.

He defied that by briefly returning the following day, however, and had pointedly refused to apologise in the immediate aftermath, saying he had no regrets.

Nastase, who twice finished as runner-up at Wimbledon in the 1970s, is awaiting sanction by the International Tennis Federation after being hit with a provisional suspension.

Although the eccentric Nastase has been a regular alongside celebrities and sporting greats in the prestigious Royal Box in previous years, the All England Club indicated last week that it wouldn't invite him this year and their chairman Philip Brook has now made that official.

"What he did, we have to say his actions were not very good. We condemn them," Brook told reporters at Wimbledon on Wednesday.

"In terms of an invitation to the Royal Box he is not going to receive one. I can confirm that."

Although the ITF ban doesn't cover Grand Slams, Wimbledon officials said he could be "turned away" if he tried to buy a ticket while still under investigation.

"At the moment he is under a temporary suspension by the ITF. We would support that," All England Club chief executive Richard Lewis said.

"He is under investigation. We will see what their conclusions are. We will wait for the outcome." 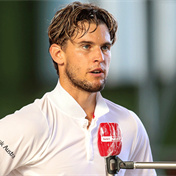