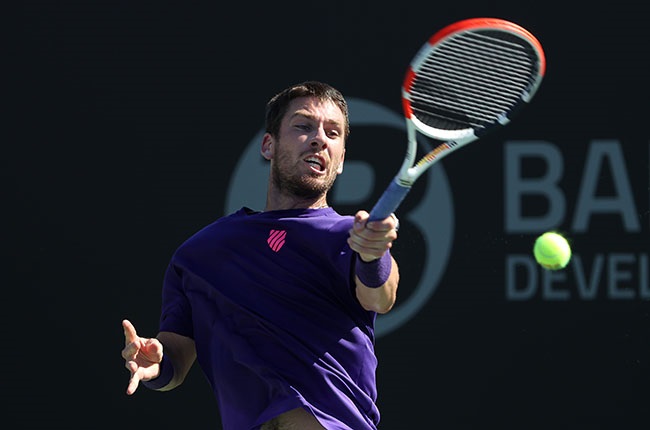 Andy Murray needed a post-match on-court visit from the trainer after losing 3-6, 6-3, 6-4 to fellow Briton Cameron Norrie on Wednesday in the second round of the ATP and WTA Cincinnati Masters.

The two-time Cincinnati winner needed a massage on his right thigh before being able to leave the court after battling for nearly two and three-quarter hours in the final major tuneup for the US Open, which begins on August 29.

World number 11 Norrie broke open a slow-moving match stalemate with a service break in the penultimate game of the final set, sending a passing shot to the baseline behind a frustrated Murray.

Norrie advanced into the third round moments later, converting on his first match point.

"We had a couple of break chances in the second and third sets, I just played the bigger points a bit better," Norrie said. "It came down to one or two points."

Murray converted on only two of his 11 break chances and fired nearly 40 unforced errors.

"I was not physical enough at the start of the match," Norrie said. "I was not executing the way I liked.

"All credit to Andy, it was not easy at the end but I managed to find a way. I was pleased to get through without playing my best."

We live in a world where facts and fiction get blurred
In times of uncertainty you need journalism you can trust. For 14 free days, you can have access to a world of in-depth analyses, investigative journalism, top opinions and a range of features. Journalism strengthens democracy. Invest in the future today. Thereafter you will be billed R75 per month. You can cancel anytime and if you cancel within 14 days you won't be billed.
Subscribe to News24
Next on Sport
WATCH | Siya Kolisi stars in heart-warming Moet & Chandon tribute to Federer